Filming on the next chapter of the hit show, starring Henry Cavill as the famed monster hunter, Geralt of Rivia, is currently underway in Kranjska Gora, Slovenia. 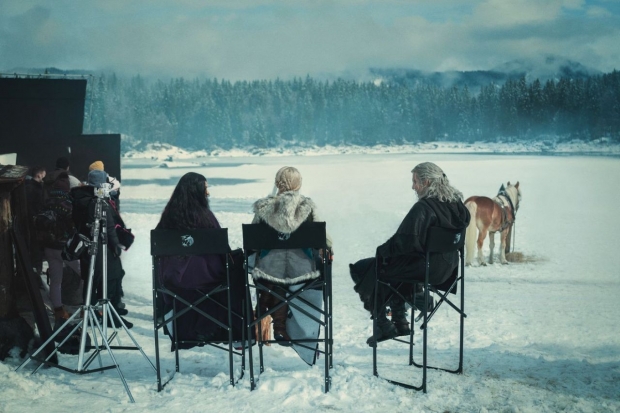 Netflix has unveiled the first photo from the set of its third season of The Witcher. The hit show, starring Henry Cavill as famed monster hunter Geralt of Rivia, follows the interlocking fates of three characters living on The Continent -- a morally ambiguous world teeming with humans, elves, witchers, gnomes, and monsters who struggle for survival and supremacy.

Anya Chalotra, who plays Yennefer of Vengerberg, and Freya Allan, who plays Princess Cirilla of Cintra, star alongside Cavill. Netflix’s behind-the-scenes shot features the three actors seated next to one another on an icy terrain, with a saddled horse and snow-capped forest in the background.

In Season 3 of The Witcher, Geralt takes Ciri of Cintra into hiding, as a number of formidable foes threaten to tear apart his newly-reunited family. Yennefer aids Ciri in her pursuit of mastering magic, and the group fight to protect the fortress of Aretuza. They soon find themselves entangled in political corruption, treachery, and purveyors of the dark arts.

Cameras reportedly began rolling for the show’s next season last week in Kranjska Gora, Slovenia, with plans to complete production in September 2022. The Season 3 premiere date has yet to be announced.