First look at new footage from the Oscar-winning director’s stop-motion musical introduces us to the humble abode of Sebastian J. Cricket; film set to hit Netflix this December. 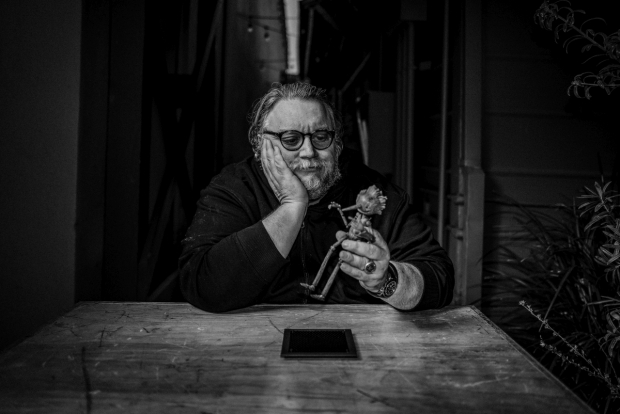 Netflix has unveiled its first teaser for Pinocchio, the stop-motion feature from Oscar-winning The Shape of Water director Guillermo del Toro that sat in development hell for years since he first announced it in 2008, now scheduled to hit the streamer this December.

In this new footage, we meet Sebastian J. Cricket (voiced whimsically by Ewan McGregor), who cues us into a story he wants to tell that he says “you might think you know.” The teaser begins with Cricket striking a match to light up his cozy abode, then setting down a fresh cup of tea at his desk as he starts to write in his journal. As Cricket turns to address the audience, a zoom out from inside his home grows wider, until finally revealing where, exactly, he is: “I lived—actually lived—in the heart of the wooden boy,” he reveals, before letting out a hearty laugh as he hops out of the film’s timber-textured title.

According to the film’s official synopsis, Pinocchio “reinvents Carlo Collodi's classic tale of the wooden marionette who is magically brought to life in order to mend the heart of a grieving woodcarver named Geppetto. This whimsical, stop-motion musical follows the mischievous and disobedient adventures of Pinocchio in his pursuit of a place in the world.”

Back in September 2020, Netflix co-CEO Reed Hastings told The Hollywood Reporter that he wants the streamer to catch, and even surpass, Disney in the world of family animation. “That’s going to take a while,” he said. “I mean they’re really good at it.” The release of Pinocchio will likely be a decisive moment in Netflix’s bid to best the studio that first popularized the classic story in 1940.