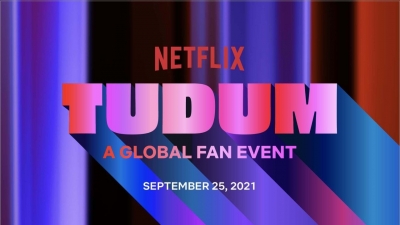 On Saturday September 25, at the first ever TUDUM global fan event, Netflix celebrated their growing slate of anime, showcasing and celebrating both upcoming projects as well as fan favorites. Anime continues to grow its fanbase on Netflix, with over 120 million households choosing to watch at least one anime on Netflix in the past year. The streamer continues to bolster its lineup of anime from Japan and around the world.

During the virtual fan event presented and hosted by Netflix Anime V-Tuber N-ko, Netflix announced Drifting Home (premiering 2022), the next feature film project by Studio Colorido (A Whisker Away). The original story is about two childhood friends that drift into a mysterious sea alongside a housing complex. It will join previously announced projects including the heist story Super Crooks (premiering November 25, 2021) based on a story by comic book by Mark Millar, and Bright: Samurai Soul (premiering October 12, 2021), an ambitious anime spin-off to the original live-action film starring Will Smith.

Netflix gave fans a glimpse of some returning series, including Aggretsuko Season 4 (premiering December 2021) and Ultraman Season 2 (premiering in 2022), with new teaser art revealed for the upcoming seasons.

Also in the spotlight was Pretty Guardian Sailor Moon Eternal the Movie. Fans were joined by host and actress Maitreyi Ramakrishnan (Never Have I Ever) as she talked to the global voice cast about their experience as the voices of Super Sailor Moon / Usagi Tsukino.