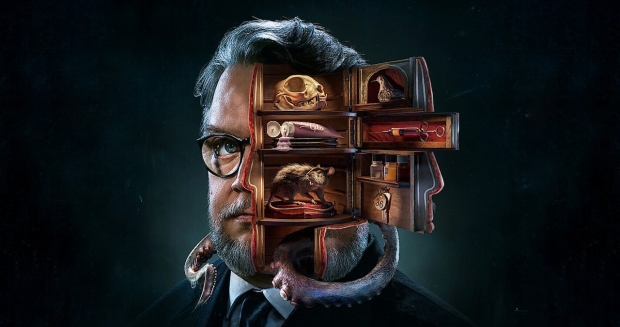 Netflix has shared key motion art and the debut release dates of Guillermo del Toro’s Cabinet of Curiosities, a curated collection of eight genre-defining stories created and hosted by the Academy Award-winning filmmaker. Streaming begins October 25, 2022, with two episodes debuting daily through Friday, October 28, when the entire collection of eight stories will be available.

“The series challenges traditional notions of horror, with tales that range from magical and gothic to grotesque and classically creepy… both sophisticated and sinister.”

8 days left until we enter the mind of Guillermo del Toro. Are you prepared to open his CABINET OF CURIOSITIES? pic.twitter.com/9yWdhk59uN

Here are the dates of nightly themed episodes:

Check out “Guillermo del Toro’s ‘Cabinet of Curiosities’ Trailer is Just as Creepy as You Hoped” for background on the episodes.