The famed studio’s classic animated tales like Oscar-winning ‘Spirited Away,’ ‘Princess Mononoke’ and ‘My Neighbor Totoro’ will soon stream worldwide for the very first time. 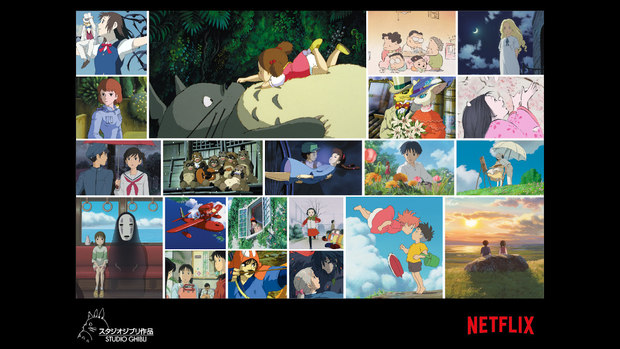 Netflix has just announced they’ve signed a major distribution deal to stream famed Oscar-winning animation house Studio Ghibli’s entire feature film library everywhere in the world outside North America and Japan.  Starting on February 1, 21 Ghibli films we be available on the streaming service through a deal with distribution partner Wild Bunch International. With the Ghibli library also set to stream in North America on HBO Max through the deal signed by GKIDS this past October, for the first time ever, all Ghibli films, including Princess Mononoke, Spirited Away and My Neighbor Totoro, will be streamed worldwide.

As part of the deal, Netflix will subtitle the library in 28 languages as well as dub films in up to 20 languages.

According to Aram Yacoubian, Director of Original Animation at Netflix, “This is a dream come true for Netflix and millions of our members. Studio Ghibli's animated films are legendary and have enthralled fans around the world for over 35 years. We're excited to make them available in more languages across Latin America, Europe, Africa and Asia - so that more people can enjoy this whimsical and wonderful world of animation.”

“In this day and age, there are various great ways a film can reach audiences,” Studio Ghibli producer Toshio Suzuki said. “We’ve listened to our fans and have made the definitive decision to stream our film catalogue. We hope people around the world will discover the world of Studio Ghibli through this experience”.

“In finding the best digital partner for Studio Ghibli, our most valuable and faithful collaborators for 20 years, the Netflix team convinced us with their consistent love and energy for finding the best ways to promote the incredible and unique catalogue worldwide with respect to the Studio Ghibli philosophy,” added Vincent Maraval, Chief Executive Officer at Wild Bunch International.

Studio Ghibli is one of the most acclaimed and influential animation studios in the world; for over 30 years, their film have inspired filmmakers and entertained audiences with gentle, heartwarming stories and beautiful, hand-drawn 2D animation. Under the guidance of visionary animation directors Hayao Miyazaki and Isao Takahata, and producer Toshio Suzuki, the studio’s films have won countless international awards, including an Academy Award for Best Animated Feature for Spirited Away, as well as four additional Academy Award nominations for Howl’s Moving Castle, The Wind Rises, The Tale of The Princess Kaguya, and When Marnie Was There.  Miyazaki received an Honorary Award at the Academy of Motion Picture Arts and Sciences’ Governors Awards in 2014, and the Academy Museum of Motion Pictures will pay tribute to his artwork with a special exhibit when the Museum opens in 2020.

Netflix’s release schedule will be as follows: