The traveling taste-buddies serve up new creations in their very own restaurant with live-action, puppetry and CGI setting the stage for culinary adventures with notable visitors such as Michelle Obama; series debuts later this month. 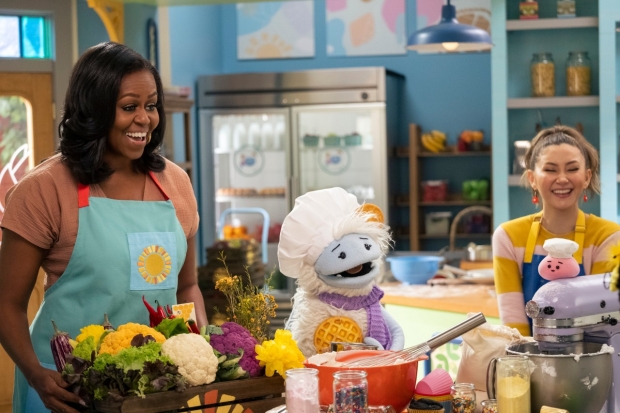 Netflix has shared a trailer for its upcoming series Waffles + Mochi’s Restaurant featuring a fun blend of live-action, puppetry, and CGI animation that takes the show’s stars, Waffles, and Mochi, on their tastiest adventure yet. The show hits the streamer October 17.

In the series, Waffles and Mochi open their very own restaurant. As chefs, the two-traveling taste-buddies serve up sweet, salty, and spicy dishes inspired by the ingredients from their incredible explorations. The new season features familiar faces like Mrs. Obama and world-renowned chefs, home cooks, kids, and celebrities from all over the globe who all share the same passion for food and fun!