The animated show about a super powered kitten allows kids to navigate their own adventures and unlock new chapters in the story; created by the ‘Layzell Bros,’ the show hits the streamer worldwide on April 19. 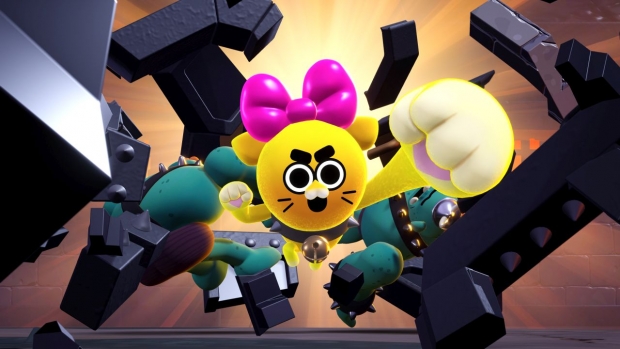 The ‘Layzell Bros’ (Matt and Paul) have created an all-new interactive 3D animated series, Battle Kitty and it’s coming to Netflix, across the globe, on April 19. The show follows protagonist Kitty, a super powered kitten who must defeat all the monsters on Battle Island with the help of their best friend Orc, to be titled “Champion!” It uses a world-first interactive format based on video game-style overworld maps, allowing viewers to navigate their own adventures within Kitty’s expansive universe, unlocking new chapters in the story, and uncovering some surprise content along the way.

“Netflix has given us an incredible opportunity to make a show that unites linear and interactive storytelling,” shared Matt Layzell, creator of Kitty and Orc, a series of short films that he posted on Instagram. “We’ve made an entertaining, linear narrative adventure and wrapped it in an engaging (and cute) video game veneer. With Battle Kitty, the audience is a part of Kitty and Orc’s journey.”

You had us at “Meoooooow” - check out the trailer:

The series, which targets kids ages 7-12, lives up to the Layzell Bros’ reputed signature outlandish, tongue-in-cheek humor while dealing with underlying themes of friendship, ambition, and belonging. The brothers have been drawing together since they were kids, and have worked together professionally for over 10 years. Prior to this project, they directed animated content for an array of networks and brands such as Cartoon Network, Nickelodeon, Hulu, Disney, Nike, and Google. They have also collaborated with some of comedy’s finest including Sarah Silverman and Adam Buxton.