Streamer releases a trove of materials for its highly anticipated animated series based on BioWare’s popular ‘Dragon Age’ game; show hits the streamer in December. 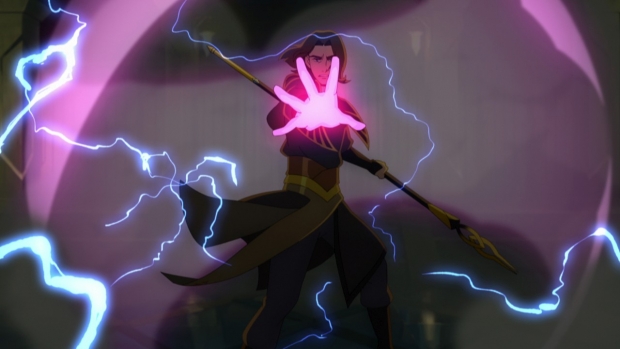 Netflix has shared a slew of news about their upcoming animated series, Dragon Age: Absolution, based on the hugely popular award-winning Dragon Age video game franchise that introduced audiences and players to the world of Thedas. This series is set in Tevinter and features an ensemble of new characters inspired by Dragon Age lore. It debuts on the streamer December 9.

If that’s not enough info and you’re still thinking… elves, mages, knights, Qunari, Red Templars, demons, and other unimaginable surprises, then check out the all-new trailer, key art, and first look images released by the streamer today (below). And did we mention the cast announcement?

In the story, when a heist against the most powerful man in Tevinter goes south, an elven mercenary named Miriam (Brooks) is forced into a desperate fight for survival. To save herself and her friends, Miriam must confront the tragic past she’s spent a lifetime trying to escape.

Get ready... for some maging and Tvintering!