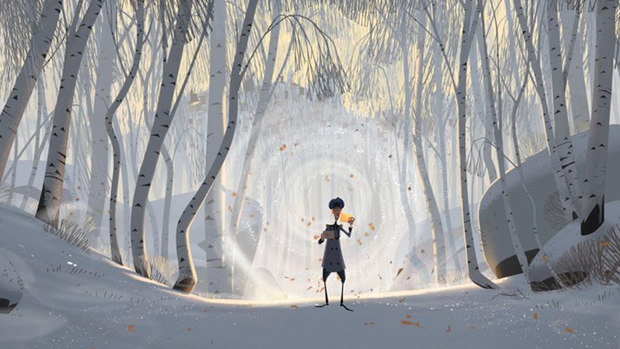 Netflix is planning an Oscar-qualifying theatrical run for its fist original animated feature, Klaus, according to a report by The Hollywood Reporter. The news was announced at the two-day Netflix Labs event held last week at the streaming giant’s Hollywood headquarters, which included a press preview of select footage from the film.

Directed by Despicable Me creator Sergio Pablos, the voice cast for Klaus includes Jason Schwartzman, Rashida Jones, J.K. Simmons and Joan Cusack. The comedic Santa Claus origin story is set in a snowy village and follows the friendship between a young postman and a toymaker named Klaus. While specific dates and locations are still to be announced, Netflix will release the film in theaters this coming holiday season.

Employing a unique pipeline that melds traditional animation techniques with CG to create a hand-drawn 2D visual style, Klaus is being produced at The Spa Studios, in Madrid, alongside co-production partner Atresmedia Cine. James Baxter, who supervised the animation on Belle in Disney’s Beauty and the Beast, and whose credits also include The Little Mermaid and The Lion King, is serving as director of character animation.