The streamer has both changed and finalized theatrical and streaming dates for its slate of animated films coming to audiences starting this October. 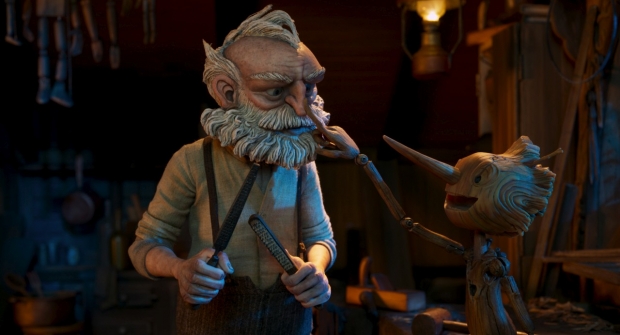 This summer, Netflix shared a slew of sneak peeks at Annecy 2022 of its Fall animation lineup slated to roll out beginning September 1. Further announcements included new Anime titles kicking off next month as well as some kids and family titles, including Shannon Tindle and Peter Ramsey’s new four-part live-action/animated series Lost Ollie (now streaming) and  Not Quite Narwhal and Dew Drop Diaries joining its popular preschool slate.

Today, Netflix released some updates on both theatrical and streaming dates for its upcoming lineup of animated films hitting audiences starting this October: Wendell & Wild – From Henry Selick and Jordan Peele comes an animated tale about scheming demon brothers Wendell (Keegan-Michael Key) and Wild (Peele), who enlist the aid of Kat Elliot — a tough teen with a load of guilt — to summon them to the Land of the Living. But what Kat demands in return leads to a brilliantly bizarre and comedic adventure like no other, an animated fantasy that defies the law of life and death, all told through the handmade artistry of stop-motion.

Coming to select theaters and streaming in November:

My Father’s Dragon – Struggling to cope after a move to the city with his mother, Elmer runs away in search of Wild Island and a young dragon who waits to be rescued. Elmer's adventures introduce him to ferocious beasts, a mysterious island, and the friendship of a lifetime.

My Father’s Dragon is produced by the Academy Award-nominated animation studio Cartoon Saloon (The Secret of Kells, Song of the Sea, Wolfwalkers). Timeless Films, in association with Axis Studios, and director Stephen Donnelly adapt Charles Dickens' ageless Christmas story in the upcoming CG animated feature Scrooge: A Christmas Carol, retold as a supernatural, time-traveling, musical. With his very soul on the line, Scrooge has but one Christmas Eve left to face his past and build a better future. Streaming December 9, with a theatrical release yet to be announced:

The famed filmmaker reinvents Carlo Collodi's classic tale of the wooden marionette who is magically brought to life in order to mend the heart of a grieving woodcarver named Geppetto. This whimsical, stop-motion musical follows the mischievous and disobedient adventures of Pinocchio in his pursuit of a place in the world.

Similar to del Toro’s Pan’s Labyrinth, a dark fantasy fable set against the backdrop of Franco-fascist Spain, Pinocchio will take place in Benito Mussolini’s fascist Italy of the 1930s.