Henry Selick and Jordan Peele’s stop-motion comedy horror-fest tells the tale of scheming demon brothers who, with the help of a tough teen - with lots of guilt, are summoned to the Land of the Living; the film debuts this month just in time for Halloween. 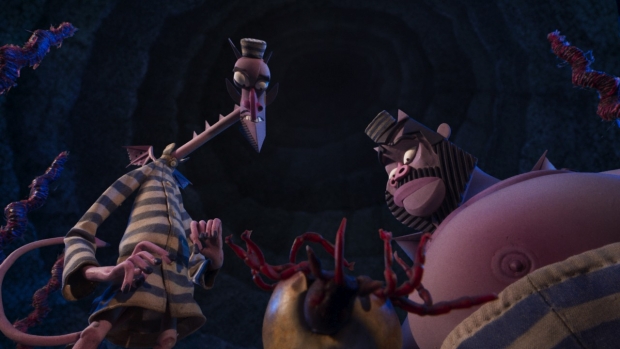 Move over, Jack Skellington! This Halloween, Netflix is bringing a scarry new crew to town with stop-motion magic from Henry Selick and Jordan Peele; their new animated comedy, Wendell & Wild hits the streamer October 28. To which we say, “boo!”

The film tells the story of scheming demon brothers Wendell (Keegan-Michael Key) and Wild (Peele), who enlist the aid of Kat Elliot — a tough teen with a load of guilt — to summon them to the Land of the Living. But what Kat demands in return leads to a brilliantly bizarre and comedic adventure like no other, an animated fantasy that defies the law of life and death, all told through the handmade artistry of stop-motion.

Written by Selick and Peel, the film is directed by Selick, who also serves as producer. Ellen Goldsmith-Vein produces for The Gotham Group, with Peele and Win Rosenfeld producing for Monkeypaw. Executive producers include Lindsay Williams and Eddie Gamarra for The Gotham Group, and Kamil Oshundara and Ian Cooper for Monkeypaw. Music by Academy Award nominee Bruno Coulais (Les Choristes).

Netflix has shared a brand-new official trailer (and new poster and images galore!):