From the ‘Gravity Falls’ writer and creator/executive producer comes the first adult animated series created in-house by Netflix Animation Studios; show delves into the daily grind of creating conspiracies for the ‘shadow government.’ 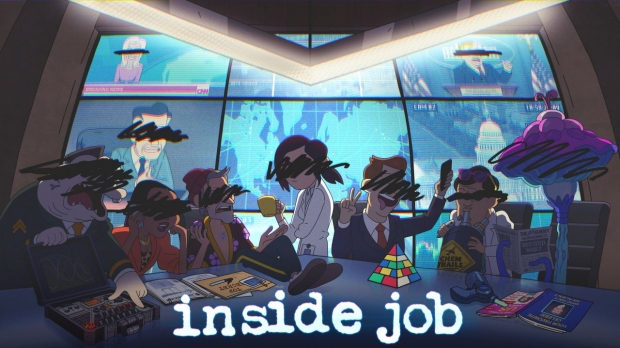 Inside Job is billed as an adult animated comedy about the shadow government - and the dysfunctional team whose daily grind is committing the world’s conspiracies. From convoluted coverups to secret societies to masked orgy etiquette, navigating office culture at Cognito Inc. can be tricky, especially for anti-social tech genius Reagan Ridley. Even in a workplace filled with reptilian shapeshifters and psychic mushrooms, she’s seen as the odd one out for believing the world could be a better place. Reagan thinks she can make a difference, if only she could manage her unhinged, manifesto-writing father and her irresponsible coworkers, to finally snag the promotion she’s been dreaming about.