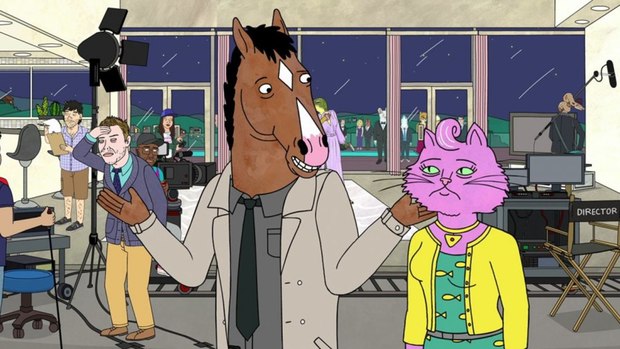 Season 5 of ‘BoJack Horseman’ debuted on Netflix on September 14.

Streaming giant Netflix has renewed its hit animated series BoJack Horseman for Season 6. The news was announced in a post from the official BoJack Horseman account on Twitter.

Created by Raphael Bob-Waksberg and designed by graphic artist Lisa Hanawalt, the Emmy Award-nominated and critically acclaimed BoJack Horseman debuted its fifth season on September 14. The series revolves around the titular character (voiced by Will Arnett), a legendary but fatally flawed former 90s sitcom star from the family-favorite sitcom Horsin’ Around, who has been trying to find his way through a muddle of self-loathing, whisky and failed relationships. Now, in the presence of his human sidekick Todd (Aaron Paul) and his feline agent and ex-paramour Princess Carolyn (Amy Sedaris), BoJack is primed for his comeback. The series also stars Alison Brie and Paul F. Tompkins.

Season 5 has featured the same stellar level of writing that earned the series a WGA Award in 2017 for the episode “Stop the Presses” and again earlier this year for “Time’s Arrow.” Standout episode “Free Churro,” in which BoJack eulogizes his mother at the wrong funeral, is sure to earn the series another nomination at the very least.

Produced by The Tornante Company and animated by ShadowMachine, BoJack Horseman is executive produced by Bob-Waksberg, Steven A. Cohen and Noel Bright, alongside Will Arnett and Aaron Paul.

Produced by The Tornante Company and animated by ShadowMachine, BoJack Horseman is executive produced by Bob-Waksberg, Steven A. Cohen and Noel Bright, alongside Will Arnett and Aaron Paul.

woooowwwwwwwwwwwwwww lets all forget about the fact that theres going to b a season 6 and focus on this inedible arrangement @netflix sent me just woww pic.twitter.com/7XJyE6Egsu