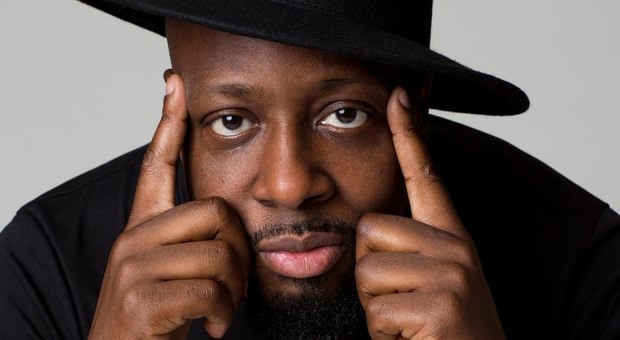 HOLLYWOOD -- Netflix announced that it is working with musical visionary Wyclef Jean on a CG-animated feature film that reimagines his life story. Stampede, the recently launched entertainment media company from Greg Silverman, is partnering with the three-time Grammy Award-winning musician to produce the feature film, which will be written by Justin Marks (The Jungle Book, Counterpart). The film will be inspired by the real-life story of Jean’s childhood in Haiti.

“I grew up in extreme poverty but I was rich with imagination,” Jean commented. “Now to see that imagination turn into reality with Netflix and my producing partners makes me want to tell the kids from the slums around the world to never stop dreaming.”

“When Wyclef first came to us with the rich story idea for an animated film about his personal journey and the evolution of his music from when he was a young boy in Haiti to finding his voice in New York City - we were hooked,” said Melissa Cobb, Vice President of Kids and Family at Netflix. “Animation is a medium that travels the globe exceptionally well and we cannot wait to share Wyclef’s unique perspective and voice with family audiences around the world."

“When I was seventeen years old, two things had a huge impact on my life: the music of Wyclef Jean and the spirit of his home country, Haiti,” added Marks. “I’ve been lucky enough to have visited Haiti and worked alongside its people several times over the years, and I’ve long wanted to tell a story about its vibrant and resilient culture. If you’d have told Teenage Me that one day I’d get to work with Wyclef on a movie like this, I’d have never believed you. This movie is an honor and a thrill, and I’m grateful to Greg, Stampede, and Netflix for making it a reality.”

“Haiti holds a special place in my heart, and Wyclef and Justin’s film will showcase this magical country in their unique and signature style. We’ve been delighted to partner with them and Netflix on this astounding film,” said Silverman of the new project.

Silverman and Jean will serve as producers for the film. Madeline Nelson and Nick Lewin will co-produce and Lisa Zambri and Cara Fano will oversee the project for Stampede.