Iconic Hasbro brand Stretch Armstrong will make its television debut with an all-new look in an animated series set to debut in 2017. 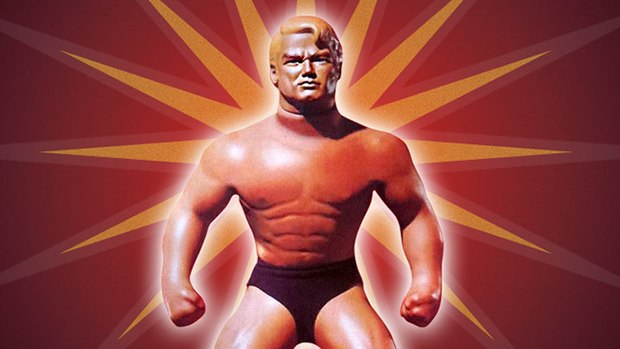 BEVERLY HILLS, CA -- Continuing its investment in original content for kids of all ages, streaming giant Netflix is adding three new original series -- one live-action and two animated -- to its lineup. The iconic Hasbro brand Stretch Armstrong will make its television debut with an all-new look in an animated series. A musical update to the new Lalaloopsy series joins a growing portfolio of shows created to engage and pique the curiosity of young kids. Suspenseful drama The Greenhouse expands the live-action category for tweens that currently includes Degrassi: Next Class, Lost & Found Music Studios and Project Mc². All episodes from each new series will launch on Netflix at the same time around the world.

“With roughly half of our 75 million members regularly watching kids content, we’re happy to expand our original slate with these three great series,” said Andy Yeatman, Director of Global Kids Content for Netflix. “We know kids love Netflix and that’s in part because they never really outgrow us. We program and recommend new TV shows and movies from preschool through their teen years and into adulthood.”

Details on each show are below:

From Hasbro Studios comes an animated action/comedy series about overscheduled teenager Jake Armstrong and his two best friends. When the trio are accidentally exposed to an experimental chemical, they become STRETCH ARMSTRONG and the FLEX FIGHTERS, a team of unlikely superheroes who expand beyond the confines of their lives and embark on a series of adventures. The 26-episode series marks the first time Hasbro Studios is creating original programming for Netflix and will be available to members in late 2017.

This new Netflix animated series featuring all new original music brings to life the popular Lalaloopsy girls. Viewers will follow the incredible misadventures of six friends and their pets through a whimsical world. By celebrating the magic of creativity, these friends can weather anything together. Lalaloopsy encourages viewers to express themselves in a magical, musical and silly way. The all-new 13-episode series will premiere this fall.

The Greenhouse is a live-action series set in an elite boarding school in Southern California called “The Greenhouse.” Students are divided into two rival houses that must join forces to conquer challenges when an evil plot is uncovered. Paula Yoo (West Wing, Defiance, Eureka) is adapting with showrunner Giora Chamizer, who wrote and created the original series. Nutz Productions, a subsidiary company of Ananey Communications, will produce the series for Netflix.