New animated family comedy executive produced by Ellen DeGeneres to be produced by A Very Good Production, A Stern Talking To, and Gulfstream Television in association with Warner Bros. Animation. 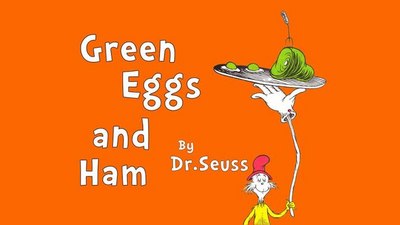 In the 13-episode series, standoffish inventor Guy and the worldwide-renowned Sam-I-Am embark on a cross-country trip that tests the limits of their friendship, finding adventure as they learn to try new things.

Based on the classic global best-selling book by Dr. Seuss (Theodor Seuss Geisel), Green Eggs and Ham will be adapted for television by Jared Stern (The LEGO Movie Sequel), who will also serve as executive producer alongside Ellen DeGeneres, Jeff Kleeman, Mike Karz and David Dobkin.

The animated family comedy is from A Very Good Production, A Stern Talking To and Gulfstream Television in association with Warner Bros Animation, and distributed by Warner Bros. Television.