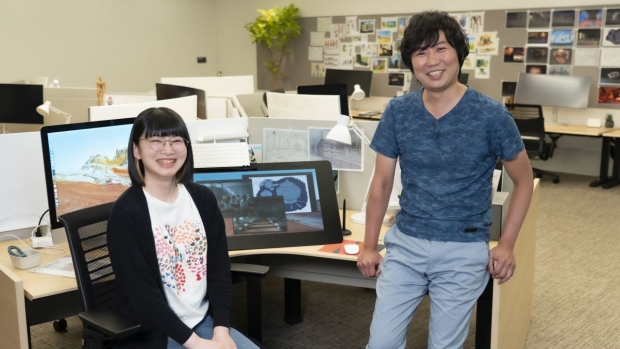 Taiki Sakurai, Netflix’s Chief Producer, Anime, has revealed the streamer’s first-ever Anime Creators’ Base located inside its new Tokyo office. The community space will host designers, writers, and Netflix team members working on anime content development and production, with the goal of promoting best practices and high production standards, and empowering creators with the necessary tools and resources for anime production.

Anime has become one of Netflix’s most popular areas of content; in 2020, the streamer says anime was watched by over 120 million households. Its recent slate of anime projects either in development or licensed for streaming is extensive, including shows like Blade Runner: Black Lotus, Spriggan, and JoJo’s Bizarre Adventure STONE OCEAN. This past June at an Annecy Festival presentation, Netflix anime producer Kohei Obara noted, “Anime is a powerful artform that has been captivating people for many decades, including us at Netflix. We have always celebrated and championed this special medium and its many creators and fans from around the world. We are truly committed to being a best-in-class home for fans and creators. This year alone, we will be premiering about 40 new anime titles, close to double the number we brought to fans last year.” According to Sakurai, the Netflix Anime Creators’ Base consists of three areas:

Designers’ Garage: This space seats up to 10 designers and artists. At launch, designers will focus on creating conceptual art at the early developmental stages of an anime series or film to ensure creative staff is aligned on the look and feel of a project.

Writers’ Garage: This meeting room is designed to be a collaborative space for creatives working on anime shows, where teams will develop and edit scripts, and invite creators to discuss new projects (and of course, geek out a little on anime).

Lab: This multi-functional space is designed to be a versatile room for innovation, like testing out new creative technologies such as VR or playing around with the latest motion capture technologies.

Initially, the facility will focus on developing conceptual art to support creators and production studios during pre-production. Two designers, Namiko Ishidate and Saina Cisse, will be based there to assist.

“Development of conceptual art is an important part of the creative process, but occasionally, this step is skipped because of limited bandwidth or time,” Sakurai stated. “When a project has conceptual art, every single staff member involved can visualize what the environment, cultural background, or character of the show might look like. With this additional creative step, we can drive even richer, more visually-oriented communication with creative partners. We hope focusing on this important step in the creative process will ultimately help produce the best possible show. “

He added, “The same way we’ve used state-of-the-art technology to expand the anime art form and are training young animators, we want to continue supporting the anime genre by giving our partners the space, the tools, and the resources to make the best series and films.”