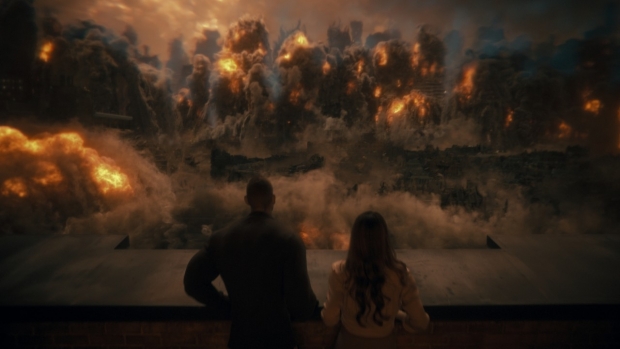 It’s an excellent day because Netflix announced The Umbrella Academy is being picked up for a fourth and final season (not so thrilled with final – but I’ll take a Season 4, no questions asked!) to be produced by UCP, a division of Universal Studio Group.

The streamer has also extended its creative partnership with writer, showrunner, director, and executive producer Steve Blackman (The Umbrella Academy, Fargo, Altered Carbon). As part of the partnership Blackman will write and produce new series and other projects at Netflix under his newly established Irish Cowboy production banner that is currently developing Horizon Zero Dawn and Orbital.

“I’m so excited that the incredibly loyal fans of The Umbrella Academy will be able to experience the fitting end to the Hargreeves siblings’ journey we began five years ago,” said Blackman. “But before we get to that conclusion, we’ve got an amazing story ahead for season four, one that will have fans on the edge of their seats until the final minutes." Blackman has brought Abbey Morris on board Irish Cowboy as his SVP of Development. Morris was previously an executive for Fabrik Entertainment where she worked on series such as Bosch, The Killing, American Odyssey, and The Comedians, and produced the true crime show Interrogation.

“Horizon Zero Dawn and Orbital are elevated, event-level projects grounded in characters that fans will love and relate to, which are hallmarks of Irish Cowboy productions,” added Blackman. “We’re thrilled to be working with Netflix and all of our partners on developing these ground-breaking stories."

For more on Horizon Zero Dawn, Orbital, and the concluding season of The Umbrella Academy, visit Tudum.com for a Q&A with Blackman.