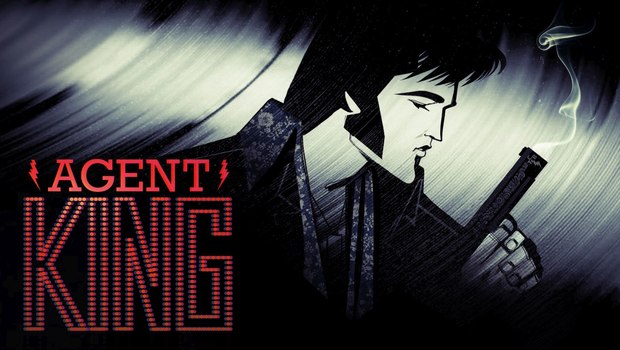 In a fitting end to celebrations surrounding “Elvis Week,” and in commemoration of the 42nd anniversary of his death, Netflix has just announced they’ve ordered a new adult animated action comedy series, Agent King, featuring the King himself, Elvis Presley. The streaming giant is teaming up with Priscilla Presley, John Eddie, Sony Pictures Animation, Sony Pictures Television and Authentic Brands Group on the show, in which Elvis Presley trades in his white jumpsuit for a jet pack as he is covertly inducted into a secret government spy program to help battle the dark forces that threaten the country he loves -- all while holding down his day job as the King Of Rock And Roll. Say that three times fast!

And... inquiring minds want to know who's gonna voice the lead?

Priscilla Presley commented, “From the time Elvis was a young boy, he always dreamed of being the superhero fighting crime and saving the world! Agent King lets him do just that. My co-creator John Eddie and I are so excited to be working with Netflix and Sony Animation on this amazing project and getting the chance to show the world an Elvis they haven’t seen before.”