Netflix Goes Inside the Animation of ‘Ice’ from ‘Love, Death + Robots Vol. 2’

Oscar-nominated director Robert Valley details the creative and visual development process behind his grim, futuristic tale of the rift between two brothers over the ‘unmodded’ who don’t receive human strength and endurance enhancement on their colony world. 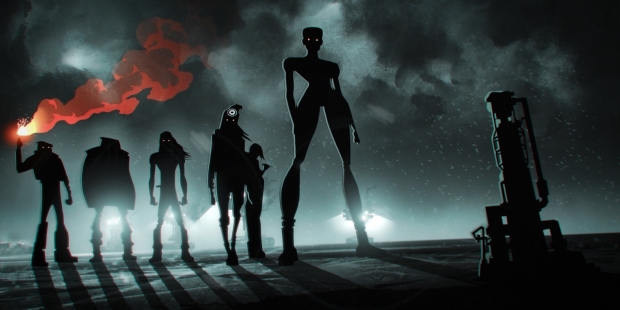 Netflix has released a new video that takes us inside the animation of “Ice,” an episode from their hit animated sci-fi anthology short series, Love, Death + Robots Vol. 2.

Based on a story by Rich Larson, directed by Robert Valley and produced by Passion Pictures, “Ice” is set in a future where many humans are enhanced with extraordinary strength and endurance. The “unmodded” feel left behind; this class-conflict drives a rift between two brothers that puts their lives at risk during a dangerous race across the frozen sea of their colony world.

In this video, Valley shares his creative process, unique visual style, and goals for the episode.

You can find more about the series, including other special videos, here.

Valley directed 2017’s Annie Award-winning, Oscar-nominated short film, Pear Cider and Cigarettes, a 35-minute “documentary that happens to be animated,” which began life five-years before that as a graphic novel he produced to tell a very personal, true story about his efforts to save a self-destructive longtime friend named Techno, who had finally hit rock bottom and called out for help from a military hospital in China. Read his AWN interview, ‘Pear Cider and Cigarettes’: How a ‘Passion’ Project Became an Academy Award Contender.