Can long lost friends find ground to reconnect? Chris Appelhans’ animated comedy, about what in our lives is really worth wishing for, premieres June 11. 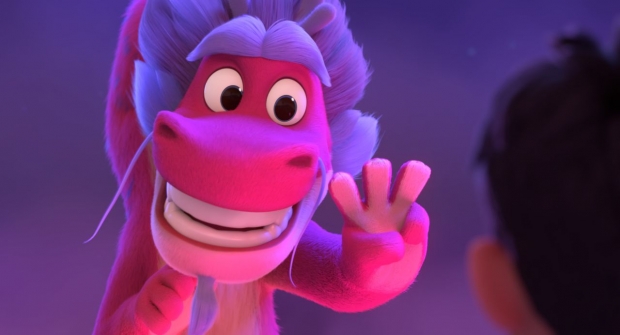 Netflix has just released the official trailer, and new images, from their upcoming animated comedy, Wish Dragon. Written and directed by Chris Appelhans and starring Jackie Chan, Wish Dragon tells the story of Din, a working-class college student with big dreams but small means, and Long (John Cho), a cynical but all-powerful dragon capable of granting wishes.  Together, the two set off on an adventure through modern day Shanghai in pursuit of Din’s long-lost childhood friend, Lina. Their journey forces them to answer some of life's biggest questions – because when you can wish for anything, you must decide what really matters.

In the trailer, we see Din, a mere “peasant boy,” and his efforts to punch above his weight and reconnect with Lina, now leading a rich and glamourous life. And we see once again how funny a silly, high-pitched cartoon voice can be.

The film, co-financed by Sony Pictures, Sony Pictures Animation, Sparkle Roll Media, Base Media, and TenCent Pictures, was released in Chinese theatres nationwide this past January.