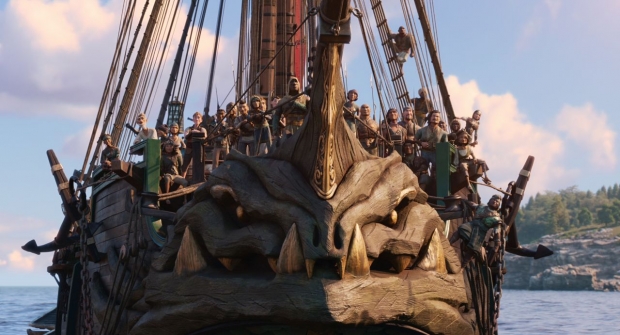 Netflix’s Geeked Week 2022 is underway, with the free virtual event running through June 10 across all major platforms including YouTube, Twitter, TikTok, Twitch, and Facebook channels. Marking the third day of the event, the streamer has dropped a new trailer and images from its highly anticipated upcoming animated feature, The Sea Beast, coming to the streamer July 8.

The movie takes place in an era when terrifying beasts roamed the seas, monster hunters were celebrated heroes - and none were more beloved than the great Jacob Holland. But when young Maisie Brumble stows away on his fabled ship, he’s saddled with an unexpected ally. Together they embark on an epic journey into uncharted waters and make history.