From Oscar-nominated animation studio Tonko House, the 4-episode animated series, set in a world of Japanese mythology, follows an oddball creature’s free-spirited daughter and her determination to carry on the legacy of the mighty heroes of lore; the tale streams later this month. 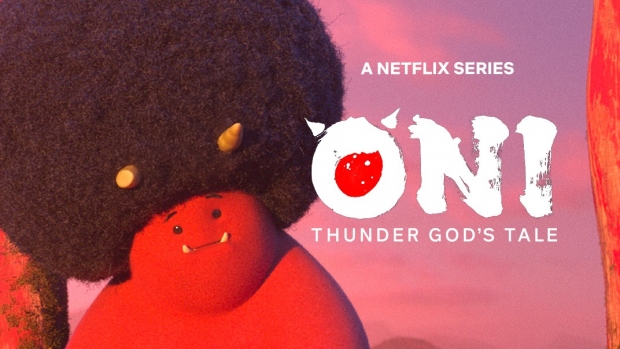 Netflix has just released the official trailer for the highly anticipated CG animated ONI: Thunder God’s Tale, a four-episode limited series set in a world filled with the oddball gods and monsters of Japanese mythology. From the Academy Award-nominated animation studio Tonko House (The Dam Keeper), the show hits the streamer October 21.

In the series, one of the oddball mythological creatures’ free-spirited daughters, Onari, is determined to follow in the footsteps of the mighty heroes of lore, but her unique powers are yet to be revealed. Does she have what it takes to fight to protect her peaceful village from the encroaching threat of the gods' mysterious enemies, the “Oni”?

Daisuke “Dice” Tsutsumi is the series creator, showrunner, and executive producer. It is written by Japanese anime writer and award-winning filmmaker Mari Okada (Maquia: When the Promised Flower Blooms, Anohana, The Anthem of the Heart, A Whisker Away). The animation is produced by Tonko House. Sara K. Sampson serves as producer and co-executive producer, along with Megan Bartel, who also serves as co-executive producer.