Netflix Drops ‘The Mitchells vs. The Machines' Animation Featurette 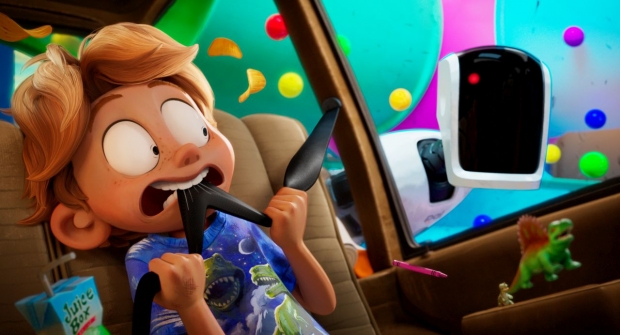 Netflix has just dropped a Behind the Animation Featurette for their hit animated comedy The Mitchells vs. The Machines, an exclusive look at the innovative animation techniques used to bring the film to life, featuring visual effects supervisor Michael Lasker, character designer Lindsey Olivares, director Mike Rianda, and producers Phil Lord and Chris Miller.

The non-stop action adventure is about an ordinary family, the Mitchells, who suddenly find themselves in the middle of their biggest family challenge yet…saving the world from the robot apocalypse. It all starts when creative outsider Katie Mitchell is accepted into the film school of her dreams and is eager to leave home and find “her people,” but then her nature-loving dad insists on having the whole family drive her to school and bond during one last totally-not-awkward-or-forced road trip. Just when the trip can’t get any worse, the family suddenly finds itself in the middle of the robot uprising! Everything from smart phones, to roombas, to evil Furbys are employed to capture every human on the planet. Now it’s up to the Mitchells, including upbeat mom Linda, quirky little brother Aaron, their squishy pug, Monchi, and two friendly, but simple-minded robots to save humanity.