The 5-episode finale of Kevin Smith and Mattel Television’s He-Man vs. Skeletor saga premieres November 23, and we can’t wait to see how the epic battle for Eternia concludes. 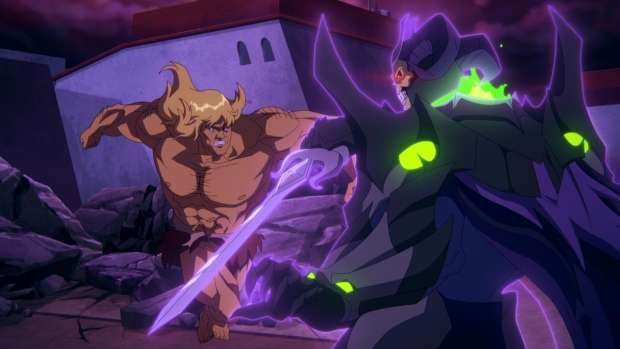 The powerful 5-episode Part Two conclusion of Kevin Smith and Mattel Television’s Masters of the Universe: Revelation – 40 years in the making - is right around the corner. With the imminent release of the final part of the saga coming November 23 – well, kind of imminent - Netflix has just dropped an action-packed trailer that’ll get your blood pumping. Watch the battle between Prince Adam / He-Man and Skeletor, wielding the Sword of Power, as the classic characters fight, maybe for the last time, with the fate of Eternia in their hands.

As Part Two unfolds, the war for Eternia continues, with Skeletor now wielding the Sword of Power and the power of Castle Grayskull. The weary heroes of Eternia must band together to fight back against the forces of evil in the thrilling conclusion to the two-part series. After our 40-year wait, who will end up as The Masters of the Universe?