Big rocks, wrecked ships, and at least one unfortunate person careen through space in the streamer’s first official glimpse of their acclaimed sci-fi series’ third and final season, premiering December 1. 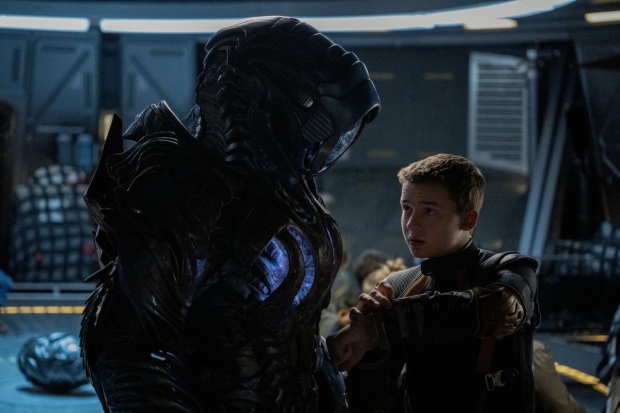 Netflix has just dropped a trailer for the third and final season of their acclaimed sci-fi series, Lost in Space. Loosely based on the 1965 series of the same name, Lost in Space follows a family of space colonists, the Robinsons, after their spaceship veers off course into part unknown. Now in the final season, the stakes are high, and the Robinson family's survival, uncertain.

And yes, now it’s gonna stay stuck in your head all day… “Danger Will Robinson! Danger!”

In the new season, after a year of being trapped on a mysterious planet, Judy, Penny, Will and the Robot must lead 97 young Colonists in a harrowing evacuation while unearthing life changing secrets that could spell disaster. Meanwhile John, Maureen, and Don must battle overwhelming odds to reunite with their kids. The Robinsons will grapple with the emotional challenge of not just being lost but separated from the ones they love and fighting the greatest alien threat yet.

The teaser trailer and exciting first look images show some awesome sci-fi scenery and action as the family explores the unknown, fights aliens, and faces the challenges of being Lost in Space.

Thanks to Vincent Frei at Art of the VFX for tracking down the studios involved in Season 3 visual effects as follows: