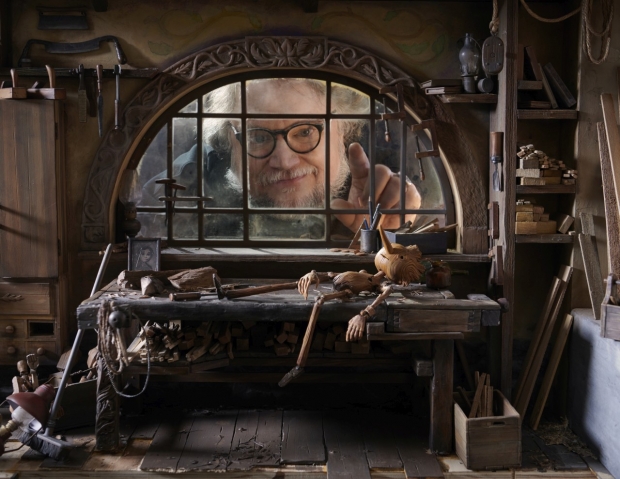 Netflix has shared a slew of images and the official trailer for Oscar-winning filmmaker Guillermo del Toro’s stop-motion fantasy, Pinocchio, a reinvention of Carlo Collodi's classic tale of the wooden marionette who is magically brought to life to mend the heart of a grieving woodcarver named Geppetto. The highly anticipated movie is now playing in select theaters and arrives on Netflix December 9.

The whimsical, stop-motion musical, directed by del Toro and award-winning stop-motion animator Mark Gustafson, follows the mischievous and disobedient adventures of Pinocchio in his pursuit of a place in the world.

Check out the trailer and the images below – in true del Toro style, his reimaging of the classic promises to be a visually haunting and beautiful tale: