Neil Patrick Harris, Patti LuPone, and Fred Melamed join the cast of the long-running animated comedy, bringing even more hilarity to the show as it enters its fifth and final season, premiering November 25. 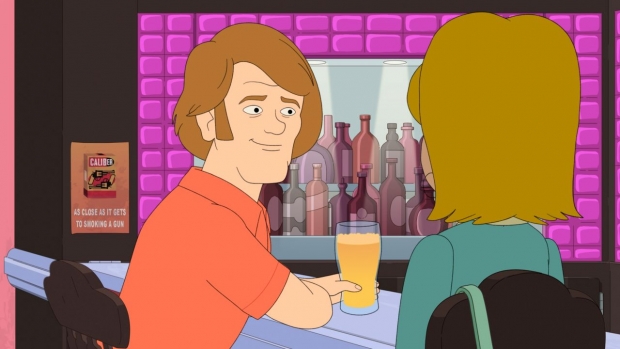 Netflix has announced that Neil Patrick Harris, Patti LuPone, and Fred Melamed will join the Murphys for F Is for Family’s fifth and final season, premiering Thursday, November 25. The hilariously expletive-laden 1970s-era animated comedy series is inspired by the life of stand-up comic Bill Burr, who voices the lead role. The series “transports viewers back to the 1970s, a time when political correctness, helicopter parenting, and indoor smoking bans weren’t part of anyone’s vocabulary, let alone the norm.”

In the new season, as 1974 comes to a close, the Murphys are rocked by loss, each responding to it in very different ways. Sue tries to patch things up with her parents and estranged gay brother Louis; Kevin drives his girlfriend Alice crazy with his clinginess; and Bill and Maureen process their grief by acting out in uniquely transgressive fashion. Meanwhile, Frank sets off on a quest to understand the meaning of his father Big Bill's life and, in the process, make himself a better husband to Sue and a better father to Kevin, Bill, Maureen and new baby daughter Megan.

Harris joins the long-running animated comedy as Louis, Sue's long-estranged gay older brother with whom she's looking to reconcile. LuPone plays Nora Murphy, Frank’s chilly and self-dramatizing mother who separated herself from the patriarch both geographically and emotionally following her split from Big Bill. Melamed boards the series as Dr. Erwin Goldman, the kind, lovingly indulgent, psychologist father of Kevin’s girlfriend Alice -- and the polar opposite of Frank Murphy in every way.