Premiering March 25, the fantasy anime series based on Valve’s popular video game ‘DOTA 2,’ tells the story of Davion, the Dragon Knight, bent on wiping the scourge from the face of the earth. 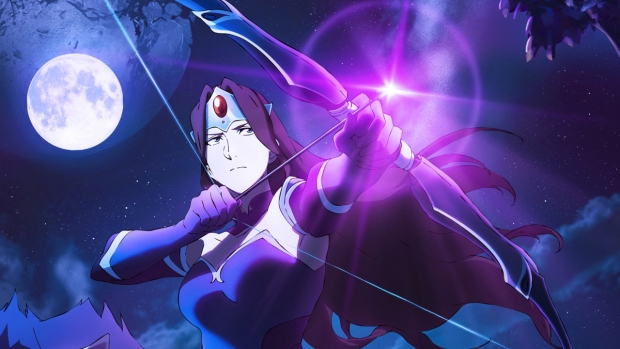 Netflix has just released the official trailer and some character art for DOTA: Dragon’s Blood, their anxiously awaited new fantasy anime series based on Valve’s popular DOTA 2 video-game franchise. The multiplayer online battle arena, or ‘MOBA’ game, is one of the most popular of its kind, rivaling Heroes of Newerth, League of Legends, and Legends of the Storm.

The show tells the story of Davion, a renowned Dragon Knight devoted to wiping the scourge from the face of the world. Following encounters with a powerful, ancient eldwurm as well as the noble Princess Mirana on a secret mission of her own, Davion becomes embroiled in events much larger than he could have ever imagined. The eight-episode anime series is set to launch globally on March 25.

Netflix seems determined to position itself as a leader in the ever-growing anime series landscape. Just this past Friday, Netflix and Skydance announced they’re teaming up on a new anime series based on the epic and hugely successful Terminator sci-fi franchise. The series is being produced and animated in partnership with Production I.G (Ghost in the Shell: SAC_2045, B: The Beginning) who Netflix has had a Production Line Deal with since 2018. Mattson Tomlin (Project Power, The Batman) will serve as showrunner and executive producer.

This came on the heels of their January announcement, also with Legendary Television, of two new anime series in development based on Legendary’s Skull Island, part of its Monsterverse franchise, and Square Enix’s hugely popular Tomb Raider global game franchise.

This past October, Netflix’s growing commitment to anime took center stage with their Netflix Anime Festival 2020, where they livestreamed announcements of five new projects, bringing the streaming giant’s upcoming anime show slate to 16 (at that time – we aren’t sure how many have since been added). The five newly announced projects - Rilakkuma’s Theme Park Adventure, Thermae Romae Novae, High-Rise Invasion, Thus Spoke Kishibe Rohan and The Way of the Househusband – came on the heels of Netflix’s previous announcement of new production line partnerships with Asian anime studios ANIMA & COMPANY, owner of NAZ, Science SARU and MAPPA from Japan, and Studio Mir in Korea, bringing their anime studio partnership number to nine.