Netflix has just released a NSFW trailer and images for Cyberpunk: Edgerunners, an anime series set in the same universe as the game Cyberpunk 2077.

Cyberpunk: Edgerunners tells the story of the brilliant Lucy, a skilled netrunner and an important member of Maine's mercenary crew. Despite her highly sought-after technical abilities, she wants nothing more than to escape Night City and her dangerous past; she’s a street kid trying to survive in a technology and body modification-obsessed city of the future riddled with corruption and cybernetic implants. Having everything to lose, she chooses to stay alive by becoming an edgerunner—a outlaw also known as a cyberpunk.

CD Projekt Red, the company behind the Cyberpunk 2077 video game, has been developing the series since 2018, and will produce with a creative team that includes talent from The Witcher 3: Wild Hunt, and Cyberpunk 2077.  Studio Trigger brings its signature style as the animation studio on the series.

Take a few moments to enter the NSFW world of Cyberpunk: Edgerunners: 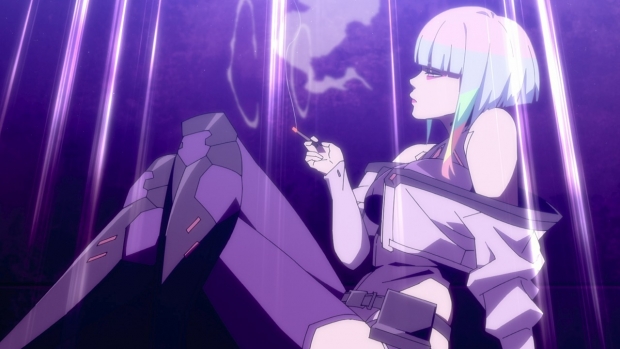