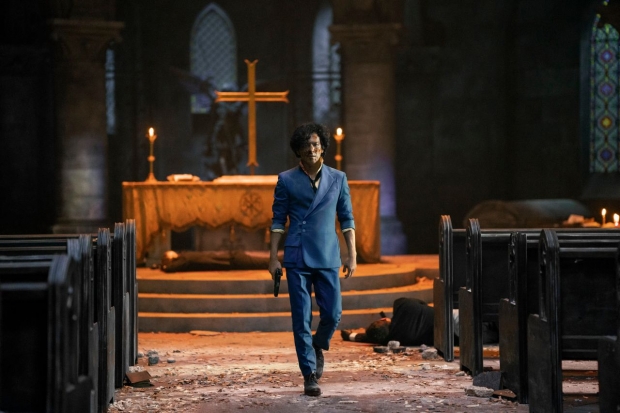 Tick Tock! One month to go until Netflix’s live-action Cowboy Bebop series adaptation premieres globally on November 19. Based on the beloved sci-fi neo-noir anime, the action-packed space Western features three bounty hunters, aka “cowboys,” all trying to outrun the past. As different as they are deadly, Spike Spiegel (John Cho), Jet Black (Mustafa Shakir), and Faye Valentine (Daniella Pineda) form a scrappy, snarky crew ready to hunt down the solar system’s most dangerous criminals — for the right price. But they can only kick and quip their way out of so many scuffles before their pasts finally catch up with them.

Netflix’s take on the property seems pretty kick-ass, if the just dropped trailer is any indication. Check out The Lost Session, a standalone action-packed promo created with footage you won’t see in the series:

Thanks to Art of VFX for the exhaustive list of companies providing visual effects on the show: