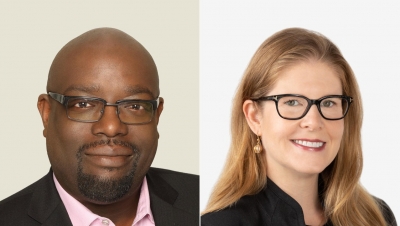 Wee worked at TBS before getting promoted to oversee original animation at HBO Max in 2019. His animated series work there included Ten Year Old Tom and Close Enough. Before joining the streamer in 2020, Turner spent over 20 years in various development roles across Disney animation and live-action.

On the animation film side, Maggie Malone has joined Netflix as VP of Animation Film, reporting directly to VP Karen Toliver. Malone previously worked at the Walt Disney Animation Studios for over a decade as Head of Creative Affairs and Creative Development and was also an EP at Illumination. A tenured creative executive producer in the animation world, Malone worked on Academy-Award-winning films such as Zootopia, Frozen, Big Hero 6, Moana, Wreck-It Ralph, Ralph Breaks the Internet, as well as The Princess and the Frog and Bolt.

Netflix has weathered a series of recent challenges brought on by budget cuts and shifts in programming direction related to subscriber losses and the global economic slowdown. This past July, Toliver was named VP of Animation Film Content, taking over from Melissa Cobb, while Traci Balthazor was named VP of Animation Film Production. In September, Netflix Animation laid off 30 employees after a rash of layoffs earlier in the year as the streamer canceled plans to produce several animated series already in development.

Cobb will continue at Netflix as a producer. Last month, Moon joined Illumination Entertainment to launch his own label, Moonlight, focused on developing programming outside the studio’s family focus.