The show follows Connor, Amaya, and Greg who, by day, are normal kids, but by night, transform; episodes hit the streamer on May 15. 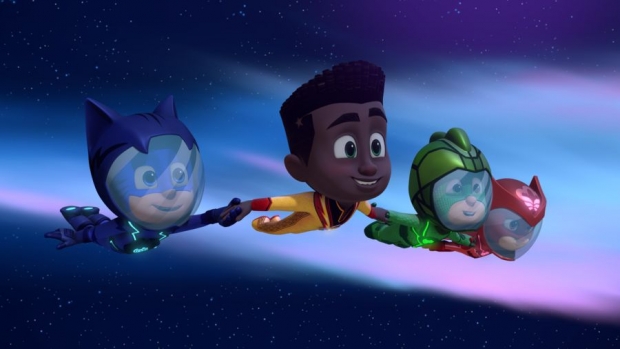 By day, Connor, Amaya, and Greg go to school like everyone else. But when night falls, they put on their pajamas and activate their animal amulets, and magically transform into superheroes – Catboy, Owlette, and Gekko – and become the PJ Masks!

In the new season, the battle for the sky and space continues with help from the PJ Masks' new friend, Newton Star, a solitary hero who learns what teamwork is all about. The heroes also check in on friends like Armadylan and An Yu, and remind villains like Night Ninja, Romeo, Luna Girl, Motsuki and the Wolfy Kids what a powerful force for good they are. There is also a new villain in town; a bubbly and excitable octopus named Octobella, who lives underwater in the city’s canals.

Season 4 previously launched on Disney Junior in April 2020, opening with an epic 4-part special “Heroes of the Sky.” Seasons 1-3 currently stream on Netflix.