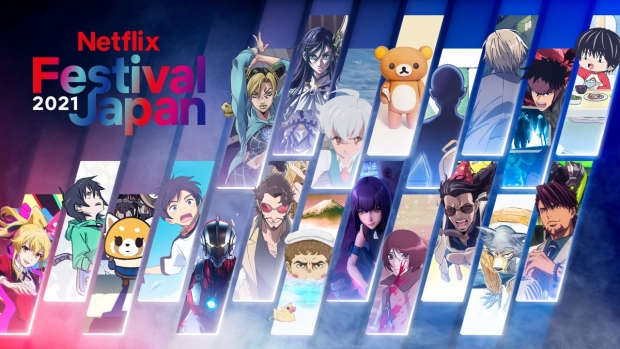 Netflix has announced an ambitious slate of projects and collaborations with Japanese creators and talent, expanding its slate of 90 Japanese titles already available. This reveal follows the streamer’s recent launch of a Tokyo-based anime creators’ base development lab that will host designers, writers, and Netflix team members working on anime content development and production, with the goal of promoting best practices and high production standards, and empowering creators with the necessary tools and resources for anime production. Announcements regarding new anime titles were made at the streamer’s first ever Netflix Festival Japan 2021.

Entertaining both audiences in Japan, which according to the streamer continues to be one of the most important countries for its growth, as well as fans of Japanese culture around the world, Netflix is doubling down on its commitment to bring best in class stories from Japan to global audiences. This includes tapping a growing list of renowned filmmakers like Yoshihiro Mori (We Couldn’t Become Adults), Hitori Gekidan (Asakusa Kid), as well as animated film studios like Studio Colorido (A Whisker Away, Drifting Home), giving talent an opportunity to share their stories with fans everywhere.

“Our next big bet is expanding feature films,” commented Netflix, VP content, Japan Kaata Sakamoto. “Japan is home to extraordinary talent who shape the cinematic history of the world. With creators as diverse as the ones we work with today, we’re excited to play a role in the history of great local talent finding their voices and delivering them to audiences everywhere.”

Netflix has seen a growing interest in Japanese content by viewers everywhere, with titles like The Seven Deadly Sins, Record of Ragnarok, and Ruroni Kenshin: The Beginning reaching the Top 10 in over 50 countries. In addition, over 120 million households have chosen to watch at least one anime title -- more than double the number of households in 2018.

Anime announcements made at the Netflix Festival Japan 2021 include - show posters included below:

A spin-off to the popular anime film The Seven Deadly Sins by Nakaba Suzuki.

Based on the manga “Kakegurui Twin” by Homura Kawamoto and Kei Saik.

Vampire in the Garden - Global premiere coming in 2022.

The new stop-motion series is written by Makoto Ueda and Takashi Sumita.