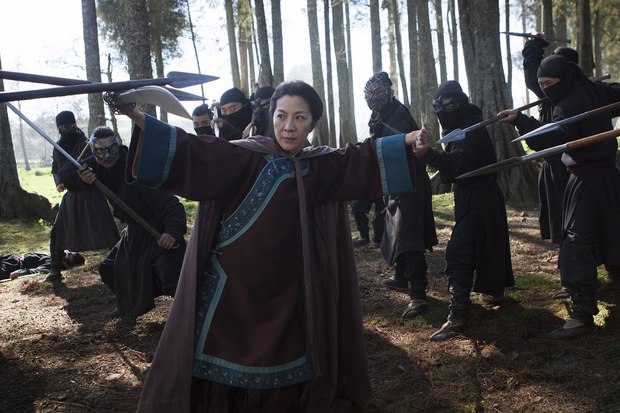 Crouching Tiger, Hidden Dragon: The Green Legend, the stunning next chapter in the saga started by the critically and popularly acclaimed Ang Lee martial arts epic, will premiere exclusively on Netflix and in selected global IMAX theaters on August 28, 2015.

Produced by The Weinstein Company, Crouching Tiger, Hidden Dragon: The Green Legend echoes the themes of the original movie, but tells its own story -- one of lost love, young love, a legendary sword and one last opportunity at redemption, set against breathtaking action in an epic martial arts battle between good and evil that will decide the fate of the Martial World.

The film is to be the first of several major films backed by Netflix to premiere on the same day on the world’s leading Internet TV network and in select IMAX theaters globally, giving consumers and exhibitors around the world unparalleled flexibility in how, when and where they enjoy a major motion picture.

“Fans will have unprecedented choice in how they enjoy an amazing and memorable film that combines intense action and incredible beauty,” said Netflix Chief Content Officer Ted Sarandos. “We are honored to be working with Harvey Weinstein and a world-class team of creators to bring this epic story to people all over the world and to partner with IMAX, a brand that represents the highest quality of immersive entertainment, in the distribution of this film.” “The moviegoing experience is evolving quickly and profoundly, and Netflix is unquestionably at the forefront of that movement,” said TWC Co-Chairman Harvey Weinstein. “We are tremendously excited to be continuing our great relationship with Netflix and bringing to fans all over the world the latest chapter in this amazing and intriguing story.”

“IMAX has a terrific opportunity, via this partnership with Netflix, to release Crouching Tiger – a high-quality, action-packed film that is right in our wheelhouse -- at the end of the summer blockbuster season,” said Greg Foster, Senior Executive Vice President, IMAX Corp. and CEO of IMAX Entertainment. “We are particularly hopeful it will play in our highly successful China market. In territories where we simultaneously release with Netflix, we are excited to offer consumers the option of deciding how, when and where they want to view the film, and exhibitors the opportunity to participate in this alternative form of content in a new and innovative way.”

Principal photography is now underway in New Zealand. The film’s director of photography is Tom Sigel (Drive, X-Men: Days of Future Past) and design is led by the Academy Award-winning Lord of the Rings team of costume designer Ngila Dickson, production designer Grant Major and visual effects supervisor Mark Stetson.