Based on the DreamWorks Animation animated feature – now streaming - the holiday-themed special promises more hilarious “badness” to come… in 2023. 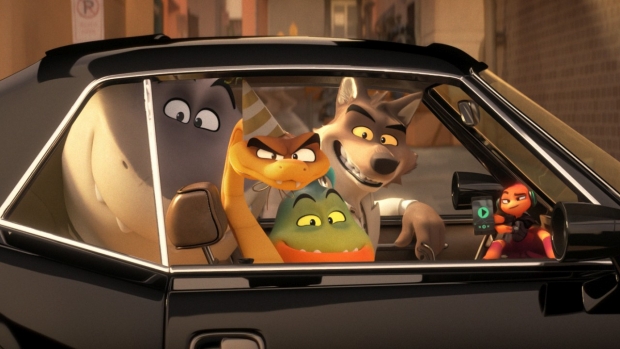 Netflix, determined to bring more “bad” into homes, has just announced a brand-new holiday-themed special based, coming in 2023, on the DreamWorks Animation feature film The Bad Guys (which debuted on the streamer November 1). The film, which boasted topping Netflix’s weekly Top 10 Films in the United States for the week of October 31-November 6, was released as part of a licensing deal with Universal.

The new holiday adventure, set before the events of the feature, follows the Bad Guys at their favorite time of the year, Christmas morning — because while everyone is home opening presents, it's the perfect time to execute their city-wide holiday heist. But when Christmas is unexpectedly canceled, the Bad Guys must do the unthinkable: reignite the city's holiday spirit by giving instead of taking.

The special is directed by Bret Haaland with Katherine Nolfi and Haaland serving as executive producers.

The yet-untitled special joins Netflix’s expanding Kids & Family animated slate, which includes series such as The Cuphead Show!, Kung Fu Panda: Dragon Knight, the upcoming Sonic Prime, and My Dad: The Bounty Hunter; preschool shows such as Spirit Rangers, Gabby's Dollhouse, The Creature Cases, Chip and Potato, and the upcoming Princess Powers; as well as Academy Award-nominated feature films Klaus, Over the Moon, Mitchells vs. the Machines, and this year’s Apollo 10 ½: A Space Age Childhood from Richard Linklater, Chris Williams’ The Sea Beast, and Wendell & Wild from Henry Selick and Jordan Peele, as well as the upcoming My Father’s Dragon from Nora Twomey, and Guillermo del Toro’s Pinocchio.