All new episodes of the popular show coming to Netflix in spring 2016. 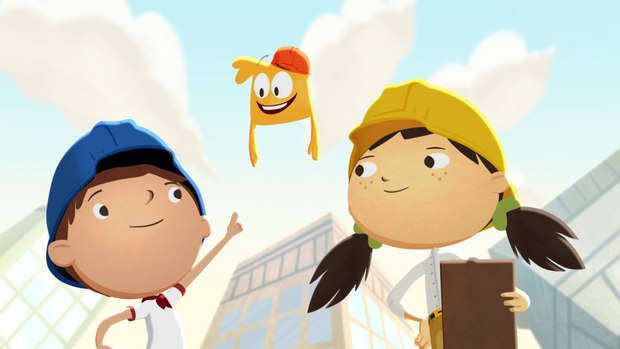 Netflix and Guru Studio have announced a new, original spin-off series titled Justin Time The New Adventures based on the international preschool hit Justin Time. The new season includes 13 half-hour episodes and will premiere on Netflix around the world in early 2016.

“We are excited to be working with some of the greatest animators in the world to bring new and original episodes of Justin Time to our members,” said Erik Barmack, Vice President of Content Acquisition for Netflix. “The series has been a hit for us across several Netflix territories and we expect nothing less for the new series.”

“Working with Netflix, one of the most dynamic and creative new kids entertainment platforms today, is genuinely exciting,” add Frank Falcone, President and Creative Director, and Mary Bredin, Executive Vice President of Guru Studios. “We are thrilled to provide new episodes of Justin Time to Netflix members around the world.”

Justin Time is an award-winning character-driven animated series for three to six year olds that follows the adventures of Justin and his best friends Olive and Squidgy, as they set off on fantastical adventures throughout time, told from every corner of the world! Through the colorful lens of history, the series’ inspiring and playful stories prove that friendship, adventure and fun are timeless.