The streaming giant unwraps the golden ticket, joining forces with the famed author’s IP rights company to create a unique universe across animated and live-action films and TV, bringing Dahl’s iconic stories and characters to more audiences in new formats. 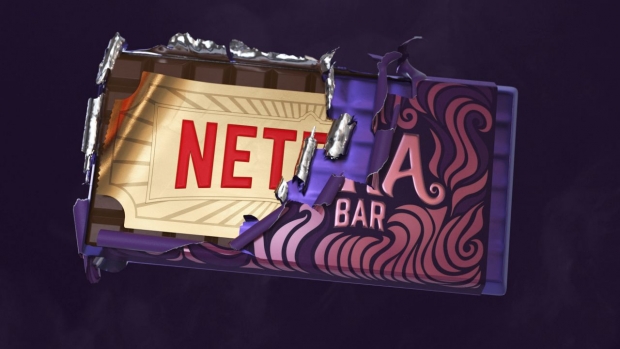 Netflix has announced the acquisition of Roald Dahl Story Company (RDSC) a global entertainment business that manages the intellectual property and rights to Roald Dahl’s characters and stories, and their use in publishing, TV, film, theatre, merchandising, corporate partnerships, live and themed entertainment. Three years ago, the companies embarked on a partnership with plans to create a slate of animated TV series from the tremendous library of original IP including global story franchises such as Charlie and the Chocolate Factory, Fantastic Mr. Fox, James and the Giant Peach and Matilda.

The streamer reports that a series based on the world of Charlie and the Chocolate Factory with Academy Award winning filmmaker Taika Waititi and Academy Award nominee Phil Johnston is already underway. Additionally, Netflix has teamed up with Sony and Working Title on an adaptation of Matilda the Musical.

“These projects opened our eyes to a much more ambitious venture - the creation of a unique universe across animated and live action films and TV, publishing, games, immersive experiences, live theatre, consumer products and more. Roald Dahl's books have been translated into 63 languages and sold more than 300 million copies worldwide, with characters like ‘Matilda,’ ‘The BFG,’ ‘Fantastic Mr. Fox,’ ‘Willy Wonka’ and ‘The Twits’ delighting generations of children and adults. These stories and their messages of the power and possibility of young people have never felt more pertinent.”

They continued, “As we bring these timeless tales to more audiences in new formats, we’re committed to maintaining their unique spirit and their universal themes of surprise and kindness, while also sprinkling some fresh magic into the mix.”

Headquartered in the UK, the Roald Dahl Story Company is led by Kelly and has 26 full-time employees across 8 departments including, theatre, entertainment, licensing, and publishing. RDSC reports that Dahl remains the number one author in the UK and the number two author in the US. With 300 million books sold and one new book sold every 2.6 seconds, Roald Dahl stories continue to grow in popularity globally, attracting new audiences with innovative new developments in book, entertainment and beyond.

“We want to say a huge thank you to all the people who have contributed to this great story so far. Looking ahead, we’re excited to continue the close working relationships established by RDSC with existing rights holders, publishing, theatre and entertainment partners, and many others to protect and grow the great legacy of these beloved stories. There is a moment in ‘James and the Giant Peach’ when the Ladybird says: ‘We are now about to visit the most marvelous places and see the most wonderful things!’ The Centipede replies, ‘…there is no knowing what we shall see!’ Netflix and The Roald Dahl Story Company share a deep love of storytelling and a growing, global fan base. Together, we have an extraordinary opportunity to write multiple new chapters of these beloved stories, delighting children and adults around the world for generations to come.”