Nelvana Teams with ‘Bob the Builder’ Creator on ‘Camp Yeti’ 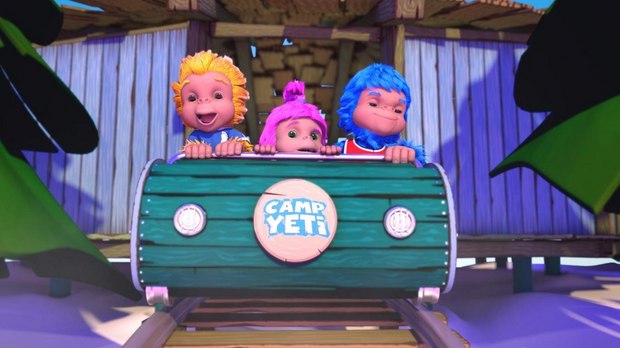 Toronto, Canada -- Corus Entertainment’s Nelvana announced that it has entered into a development agreement for a new preschool CG animated series, Camp Yeti. Nelvana is teaming up with the newly formed Abominable Snowman, led by Keith Chapman (Bob the Builder) and Ian Liddell from Studio Liddell (Cloudbabies) to develop the 52 x 11-minute series about a summer camp with a yeti twist. Chapman and Liddell have previously worked together on Chapman Entertainment’s preschool hits including Roary the Racing Car and Fifi and the Flowertots.

“We’re excited to be working with Keith Chapman and Ian Liddell on this new series,” said Irene Weibel, Vice President, Head of Nelvana Studio. “Keith has a strong history of creating compelling series that kids love, such as the iconic Bob the Builder, and we know that Camp Yeti will be a world that kids won’t be able to resist.”

Camp Yeti follows the adventures of a sweet yeti named Pigtail Poppy and her friends at a special sleepaway summer camp high in the mountains. The young yetis spend their camp days trekking through snowy peaks, making yeti crafts, eating spag-yeti and singing yeti songs around the campfire. And what would camp be without the coolest camp leaders in the world, Big Hair Blair and Beehive Bea, to guide them through the secret caves, splashy streams and hidden waterfalls. Things don’t always go according to plan, but together with her camp friends, Pigtail Poppy always makes it a great day at Camp Yeti.

"We are thrilled to be collaborating with Nelvana on developing the world of Camp Yeti,” said Keith Chapman, Partner, Abominable Snowman. “With the experience and skill sets between us, our aim is to produce a world class show and create a unique place where all children will want to go."

Development on Camp Yeti will begin immediately with an anticipated delivery for Fall 2016.