New animated series based on the ZhuZhu Pets phenomenon is set to debut on Disney Channel in the U.S. on September 12 followed by a wide rollout across many international markets. 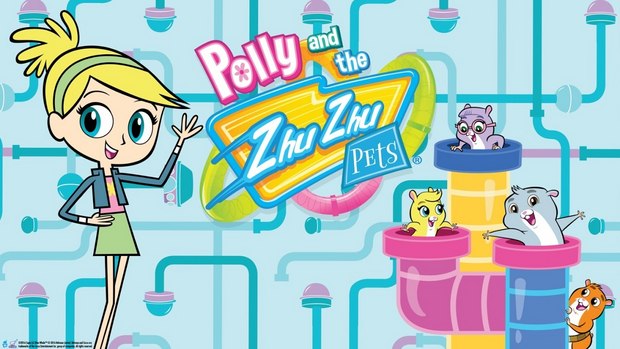 TORONTO, ON -- Corus Entertainment’s Nelvana, an international producer and distributor of children’s animated content, has announced that they have licensed the multi-territory broadcast and on-demand rights for Polly and the ZhuZhu Pets to Disney Channels Worldwide. The series is set to air on Disney Channel in the U.S. on Monday, September 12, followed by Germany, Switzerland, Austria, Russia, Australia, New Zealand, Belgium, the Netherlands, Luxembourg, Central and Eastern Europe, the Middle East and Sub-Saharan Africa. Corus Entertainment’s Canadian premiere date for its homegrown series will be announced at a later date.

Produced by Nelvana in their Toronto studio, Polly and the ZhuZhu Pets features the characters Pipsqueak, Num Nums, Chunk, and Mr. Squiggles, as well as some adorable new faces. The curious bunch of fun-seeking adventurers live with Polly and the Pamplemousse family in Anytown. With their distinctive birthmarks, undeniable charm, and fur-raising escapades, the ZhuZhus prove they are no ordinary pets – they’re extraordinary! Always on a quest for fun, the ZhuZhus have to stay on their tiny toes to keep up with the non-stop action, laughs, and adventures.

“We are excited to partner with Disney to deliver this fresh new series on a global platform,” said Scott Dyer, President, Nelvana. “Building on the outstanding success of the ZhuZhu brand, we are confident this new series will resonate with audiences around the world.”

Executive producers on the series are Scott Dyer, Colin Bohm, and Irene Weibel from Nelvana and Russell Hornsby from Cepia LLC.