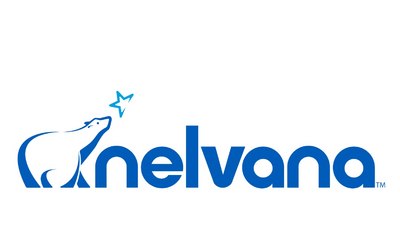 TORONTO -- Corus Entertainment-owned animation production company Nelvana has announced an exciting brand refresh that features a new logo and a slate of highly anticipated new series in development, all driven by an industry-leading management team. The new logo, revealed exclusively at MIPCOM, complements the brand’s sleek creative direction, while paying homage to its established look of the past 45 years. Nelvana’s revitalized brand reflects the organization’s focus on quality story-telling, iconic characters, and the innovation and development of cutting-edge creative content with universal market appeal.

Over the last four decades, Nelvana has driven the conception, creation, and distribution of internationally recognized kids programs and content, with award-winning signature series such as Babarand Franklin. Together with Scott Dyer, President of Nelvana, Pam Westman, Head of Nelvana Enterprises, and the recently appointed Athena Georgaklis, Head of Development for Nelvana, the management team is deepening its commitment to character-driven stories, heightening its investment in the industry’s top animators and graphic artists, and strengthening its long-standing partnerships with licensees and broadcasters around the world.

“As one of the most preeminent animation companies in the world, we are pleased to unveil our new look under the guidance of our respected and accomplished team,” said Dyer. “Accompanied by a stable of new productions in development and up for distribution, this refined look represents a new era of industry-leading content creation for Nelvana.”

The rebrand is supported by four new, character-rich programs with varying global broadcast and merchandise deals. Based on the wildly popular blockbuster film franchise, Hotel Transylvania: The Series is slated to premiere on Disney Channels worldwide in 2017, and focuses on the teenage years of Dracula’s daughter, Mavis, and her three friends who put her brilliant ideas of how to run the Hotel into motion. Then, from Adventure Time creator Pendleton Ward, Bravest Warriors tells the story of four teenage heroes-for-hire in the year 3085, as they warp through the universe to save adorable aliens and their worlds using the power of their emotions. Additionally, action series Mysticons is set for its global debut in 2017 on Nickelodeon worldwide, and follows four girls who transform into legendary warriors and undertake a quest to find a magic tome. Most recently announced by Sesame Workshop, original series Esme and Roy featuring a young girl and her monster best friend on their hilarious babysitting adventures, will debut on Corus’ Treehouse in Canada and HBO in the U.S.