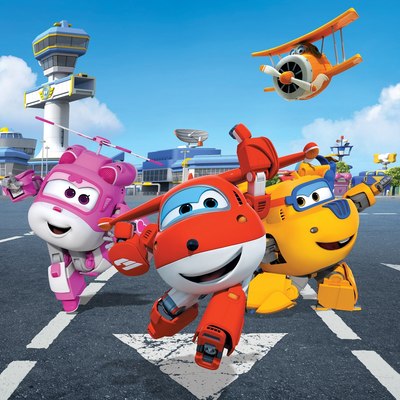 “We are very excited to expand our relationship with Super Wings to include France,” remarked Antoine Erligmann, Co-Head, Nelvana Enterprises. “We look forward to bringing new series-inspired licensed products to kids and families throughout the country, so they can create their own high-flying Super Wings adventures.”

“Nelvana has been a fantastic partner that has facilitated the growth of the Super Wings brand to new markets,” commented CJ E&M’s Hyunjung Lee, Head of Sales and Acquisitions. “We look forward to continue working together to expand the series’ fan base in France with products that support the show’s emphasis on cultures, customs and landmarks of the world.”

Super Wings follows the adventures of Jett, a confident jet plane who travels around the world delivering packages to children with his group of adorable airplane pals, the Super Wings. No ordinary airplanes, the Super Wings are able to transform into amazing heroes who can run, climb, dig, and even swim! The series centers on cultural diversity and creative problem-solving, as the friends take off on adventures to new countries, encountering problems that they must work together to solve.