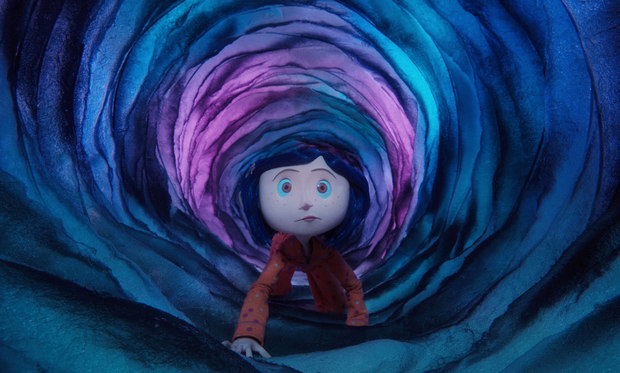 SAN DIEGO -- LAIKA LIVE, the spectacular exhibit that allows fans to peek behind the curtain at the Oscar-winning animation studio’s cinema magic, will welcome special guests Neil Gaiman and Teri Hatcher during the coming week.

Gaiman is the award-winning author of books, graphic novels, short stories, and films for all ages.  In addition to Coraline, some of his most notable titles include one of 2017’s 10 top-selling novels, Norse Mythology, the groundbreaking Sandman comics series, The Graveyard Book (the only book ever to win both the Newbery and Carnegie medals), and The Ocean at the End of the Lane, the UK’s National Book Award 2013 Book of the Year.  He is the writer/showrunner of Amazon’s six episode limited series Good Omens, based on the book of the same name that he wrote with Terry Pratchett. The film adaptation of his short story How to Talk to Girls at Parties and the television adaptation of his novel American Gods were released in 2017, with Season 2 of American Gods coming in 2019.

Gaiman and LAIKA president and CEO Travis Knight will take Facebook Live guests on a tour of the LAIKA LIVE exhibit on Saturday, July 21st starting at 11am.   The FB Live is hosted by Nerdist and moderated by Dan Casey. A limited autograph signing of Coraline-only items (available for sale at the LAIKA LIVE store) will follow from 12:30-2pm.  Autographs will be available on a first-come, first-served basis, time permitting.

Hatcher, whose voice work as Mother and Other Mother in Coraline drew universal praise, will tape footage for Van Therapy, her YouTube series on her “Hatching Change” YouTube channel, at LAIKA LIVE on Thursday morning, July 18.

LAIKA LIVE, which opened July 13th, continues at 350 Fifth Avenue in the historic Gaslamp Quarter through Sunday, July 22nd, coinciding with San Diego’s PRIDE and Comic-Con festivities.  For hours of operation and to view a short video of the exhibit, visit www.laika.com and follow @laikastudios.