Hit Pixar film and indie feature about Van Gogh will be feted at Jan. 9 ceremony in New York. 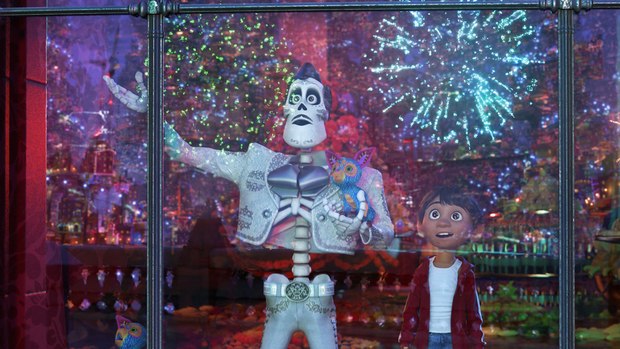 The National Board of Review named Disney-Pixar’s ‘Coco’ the best animated film of the year.

The National Board of Review has named Disney-Pixar’s Coco the best animated feature of the year and added Loving Vincent to its list of the year’s top 10 independent features.

The honorees will be feted at the National Board of Review Awards Gala, hosted by Willie Geist, Jan. 9 at Cipriani 42nd Street in New York City.

The outcome for the animated feature category could have been very different, as the National Board of Review was one of several news organizations that said it would disqualify Disney films as long as the studio continued to bar the Los Angeles Times from advance screenings. Disney objected to a series the Times had published on its political and commercial influence in the city of Anaheim, home of Disneyland and Disneyland California Adventure resorts.

The NBR joined The Washington Post and The New York Times in support of the Times, prompting Disney to quickly lift the ban.

Source: National Board of Review