On the heels of yesterday’s announcement from NBCUniversal that it has taken full ownership of 24-hour preschool network Sprout, NBCU and Canada’s Corus Entertainment axe their UK-based joint venture kids channel KidsCo. 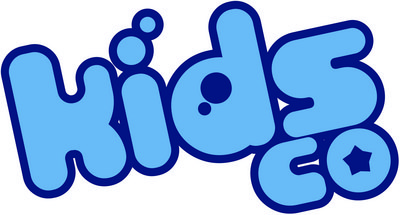 NBCUniversal and Canada’s Corus Entertainment are axing their UK-based joint venture kids channel KidsCo, according to a report byKidscreen. The news comes on the heels of yesterday’s announcement from NBCUniversal that it has taken full ownership of 24-hour preschool network Sprout.

KidsCo has issued the following statement: “As one of many children’s linear services available in the international market, growing the KidsCo business has been challenging. As a result, both shareholders–NBCUniversal and Corus Entertainment–have decided to discontinue the joint venture service by early 2014.”

A KidsCo spokesman reportedly confirmed the international network’s CEE feed will stop airing on December 31, followed by its South-East Asian and Sub-Saharan African feeds in February 2014. KidsCo’s branded programming block SyFy Kids, which launched in February, will also be closing.

KidsCo confirmed that all KidsCo employees will be affected, including MD Hendrik McDermott, and that “as a majority shareholder, NBCU is exploring alternative employment elsewhere within its group to try to minimize the number of people who are affected by the shutdown.”

The shutdown, according to KidsCo, is unconnected to the buyout of Sprout.

KidsCo, which airs popular kids shows including Matt Hatter Chronicles, Beyblade, and ZuZu & the Supernuffs, launched in 2007 and is seen in more than 100 territories worldwide.

In May 2012, NBCUniversal International acquired a controlling 51 percent stake in KidsCo, while Corus Entertainment upped its stake to 43.8 percent. The deal was secured after the pair purchased Toronto, Canada-based Cookie Jar Entertainment’s minority stake in the channel. McDermott joined the kidsnet as MD at this time after serving as its interim MD since November 2011, as a result of former MD Paul Robinson’s exit.