The National Film Board Takes Center Stage at OIAF 2020 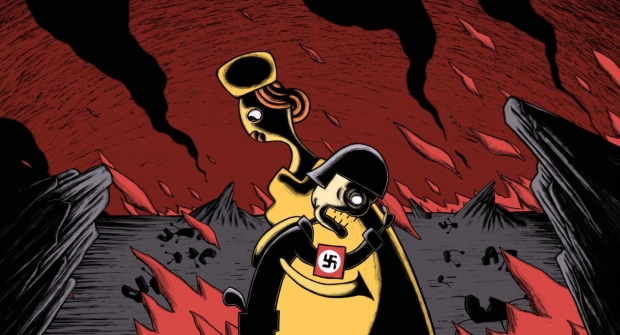 As one of the animation industry’s most important and influential festivals, the annual Ottawa International Animation Festival (OIAF) hosts five days filled with talks, presentations, workshops, the famed animators’ picnic, and a thoughtfully programmed set of competitive and curated screenings. Despite the COVID-19 pandemic that has sidelined so many industry events while forcing others to move online, this year’s festival will not fall short. OIAF 2020, thanks to its new virtual format, takes place globally from September 23-October 4.

The vision and scope of the online festival, under the watchful and discerning eyes of OIAF artistic director, Chris Robinson, and managing director, Kelly Neal, should be just as impressive as previous years. This year, however, OIAF will host audiences from around the world.

OIAF traditionally gives audiences a chance to discover unique visions and powerful personal stories told by the auteurs of the National Film Board of Canada (NFB); this year will be no exception, with the NFB sharing ten films/VR projects that will screen in both competitive and curated programs.

There are two world premieres in official competition: Hide (Excerpt #2: Ready or not, here I come) from NFB/marketing on Vimeo. Also, in the animation competition:

From the creator of The Necktie (2008), Moi, Barnabé (I, Barnabé) (NFB with the participation of ARTE France), Quebec animator Jean-François Lévesque’s latest NFB work. 4 North A, the first collaboration between Newfoundland native Jordan Canning and Saskatoon-born Howie Shia, now both based in Toronto. The Book of Distance, by Calgary-born creator Randall Okita, now based in Toronto and Japan.

The Book of Distance - Teaser (60 sec.) from NFB/marketing on Vimeo. The Hangman at Home - VR / teaser (English) from Floreal Films on Vimeo. The Orchid and the Bee by Montreal interdisciplinary artist Frances Adair Mckenzie.

The Orchid and the Bee (Trailer: Coming Soon) from NFB/marketing on Vimeo.