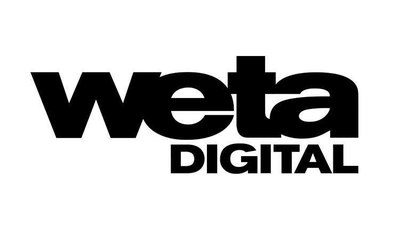 Pioneering VFX studio Weta Digital has just announced that entrepreneur and tech visionary Sean Parker has made a significant investment in the company. Terms of the deal and details of the partnership were not disclosed. Known for some of the industry’s most sophisticated and compelling VFX production that includes performance-driven digital characters such as Caesar from The Planet of the Apes trilogy and Gollum from the Hobbit trilogy, Weta Digital has been a creative force in animated entertainment since it was launched by Peter Jackson, Richard Taylor and Jamie Selkirk in 1993.

Parker co-founded Napster at age 19 and Plaxo at 21, and in 2004, joined with Mark Zuckerberg to develop the online social network Facebook. He served as Facebook's founding president, and in 2007 co-founded Causes on Facebook, which registered 180 million people to donate money and take action around social issues. He is also the founder and president of the Parker Foundation, which focuses on three areas: Life Sciences, Global Public Health and Civic Engagement. In April 2016, the Parker Foundation announced a $250 million grant to form the Parker Institute for Cancer Immunotherapy, which builds on Parker’s leadership in funding and promoting research into the relationship between the immune system and cancer.

“I’ve long admired Peter Jackson’s and Fran Walsh’s work, and the ground-breaking VFX and animation that Weta Digital has created over the last two decades,” Parker stated. “The visionary leadership, imagination, and technical expertise of Weta Digital was vital to the creation of Academy Award-winning films such as Avatar, King Kong, and Lord of the Rings. I look forward to helping grow Weta Digital and I’m excited to partner with Peter, the leadership of Weta, and its incredibly talented team.”

“Sean Parker brings an invaluable expertise that will fortify Weta Digital from a technological perspective, while also focusing on its growth as an industry leader,” Jackson said. “As I have gotten to know him, I have been extremely impressed with his curiosity, intelligence and passion.”

Based in Wellington, New Zealand and led by four-time Oscar and BAFTA-winning senior visual effects supervisor Joe Letteri, Weta Digital is known for developing innovative VFX and animation technology which has driven groundbreaking animated characters like Gollum, Kong, Neytiri, and Caesar, widely regarded as some of the best digital characters ever put on screen. The company’s development of the revolutionary virtual production workflow used on Avatar firmly integrated these digital techniques into modern filmmaking.  They have now been used on a dozen films at Weta alone, including The Hobbit and The Planet of the Apes trilogies.