Naoko Yamada’s ‘A Silent Voice’ Back in U.S. Cinemas for Two Days Only 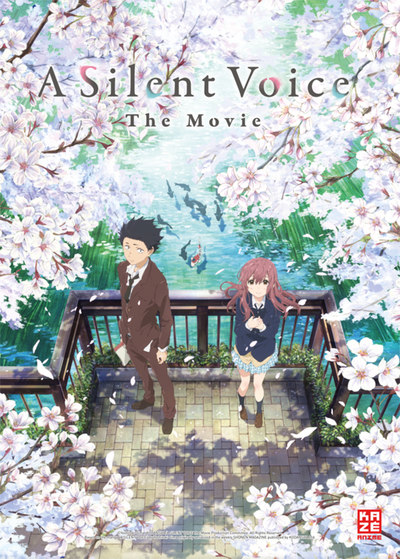 DENVER, CO -- Eleven Arts and Fathom Events have announced the return of director Naoko Yamada’s stunningly animated coming-of-age drama A Silent Voice. The hit Japanese film is a moving depiction of the struggles of adolescence told through its memorable characters and beautiful animation. In addition to the full feature, attendees will view a short feature and interview with the dub voice of Shoko Nishimiya, Lexi Cowden, from a deaf community group, where she talks about her experience and how it relates to the film.

A Silent Voice comes to more than 500 U.S. cinemas on Monday, January 28 (in Japanese, subtitled in English) and Thursday, January 31 at 7:00 p.m. local time (dubbed in English). Tickets are available now online at www.FathomEvents.com and at participating box offices. For a complete list of theater locations, visit the Fathom Events website (theaters and participants are subject to change).

A Silent Voice is based on Yoshitoki Oima’s manga of the same name, and the plot centers on a deaf girl, Shoko Nishimiya. After transferring into a new school, Shoko is bullied by the popular Shoya Ishida. As Shoya continues to bully Shoko the class turns its back on him. Shoko transfers and Shoya grows up as an outcast. Alone and depressed, the regretful Shoya finds Shoko to make amends.

“We are pleased to partner again with our friends at ELEVEN Arts to bring another highly-anticipated title to American shores,” Fathom Events CEO Ray Nutt said. “Beyond its sheer entertainment value, the hit A Silent Voice deals with timely themes and important subject matter.”