Nancy Meyers To Receive ACE Filmmaker of the Year Award

Golden Eddie award from American Cinema Editors to be presented by Steve Martin at the 66th annual ACE Eddie Awards on Friday, January 29. 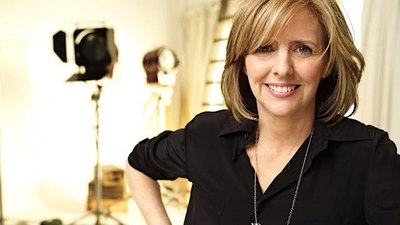 UNIVERSAL CITY -- Prolific filmmaker Nancy Meyers has been selected by the Board of Directors of American Cinema Editors (ACE) to be honored with the organization’s prestigious ACE Golden Eddie Filmmaker of the Year Award. The award will be presented to Meyers by long-time collaborator Steve Martin at the 66th Annual ACE Eddie Awards black-tie ceremony on Friday, January 29, 2016 in the International Ballroom of the Beverly Hilton Hotel.

"Nancy Meyers has been delighting and moving audiences around the world with deeply human, relatable stories for over three decades,” stated the ACE Board of Directors. “As a writer and director, she’s brought us some of the most beloved films in recent memory, and pioneered the art of telling stories with strong female characters at their center. From Private Benjamin to her most recent film The Intern, Nancy is a trailblazing filmmaker and we’re thrilled to celebrate her body of work thus far.”

ACE, the entertainment industry’s honorary society of film editors, is comprised of over 750 accomplished editors working in film and television. The ACE Eddie Awards recognize outstanding editing in ten categories of film, television and documentaries. Nominees for the 66th Annual ACE Eddie Awards will be announced on January 4, 2016

Nancy Meyers is a trailblazing filmmaker who, as a first-rate writer, director and producer, has created a body of work focusing on the female experience with her exceptionally literate and sophisticated comedies. Tapping into the very heart of modern relationships, she chronicles women and men, at work and in love, in a singular fashion that makes each film instantly recognizable as a Nancy Meyers movie. Her latest effort, The Intern, stars Robert De Niro and Anne Hathaway, along with a multi-generational cast, in a comedy about a new kind of bond between men and women, friendship.

Meyers made an auspicious debut as a director, following two decades of successful screenwriting and producing, with the highly popular update of the Disney classic The Parent Trap, starring Dennis Quaid and Lindsay Lohan, which Meyers also co-wrote. Meyers then directed the blockbuster romantic comedy What Women Want, starring Mel Gibson and Helen Hunt, which enjoyed critical acclaim and an international box-office success. For his role, Gibson received a Golden Globe nomination for Best Performance by an Actor, Musical or Comedy.

In 2003, Meyers wrote, directed and produced Something’s Gotta Give, starring Jack Nicholson and Diane Keaton, along with Keanu Reeves, Frances McDormand and Amanda Peet. Both Nicholson and Keaton received Golden Globe nominations for their performances and Keaton won the Golden Globe for Best Performance by an Actress in a Motion Picture, Musical or Comedy. Keaton was also nominated for an Academy Award for her role as Erica Barry in the film.

In 2004, Meyers received the ShoWest Director of the Year Award. She is the first woman ever to receive this prestigious honor.

In 2006, Meyers wrote, directed and produced The Holiday, starring Kate Winslet, Cameron Diaz, Jude Law and Jack Black. The comedy was another hit at the worldwide box office.

With 2009’s It’s Complicated, Meyers wrote, produced and directed an all-star cast in a comedy about love, divorce and everything in between. Starring Meryl Streep, Alec Baldwin and Steve Martin, It’s Complicated earned three Golden Globe nominations, for Best Actress, Best Screenplay and Best Picture. The film was a box office hit worldwide.

As a writer/producer, Meyers’ first film was the groundbreaking Private Benjamin, starring Goldie Hawn, which Meyers produced and co-wrote with Charles Shyer and Harvey Miller. Released in 1980, the film bucked conventional wisdom at the time, which dictated that a female lead could not open a movie without a male star. The story of a pampered young woman who joins the Army, Private Benjamin became a huge hit domestically and internationally. The screenplay earned Meyers the Writers Guild of America Award for Best Comedy Written Directly for the Screen, and the film earned three Academy Award nominations for Best Original Screenplay, Best Actress and Best Supporting Actress. Goldie Hawn was also nominated for a Golden Globe for Best Performance by an Actress in a Motion Picture, Musical or Comedy. After the success of Private Benjamin, Meyers co-wrote and produced the critically acclaimed Irreconcilable Differences, followed by Baby Boom, starring Diane Keaton; and the box-office hits Father of the Bride and Father of the Bride Part II, both of which starred Steve Martin and Keaton.