First full-length animated feature from Swiss director Claude Barras to be submitted into the running for an Oscar nomination in the Foreign Language Film category at the 89th Academy Awards. 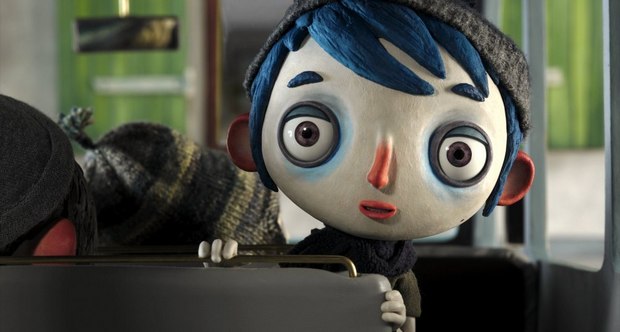 Switzerland is sending the animated film My Life as a Courgette (Ma vie de Courgette) by Geneva-based filmmaker Claude Barras (Rita Productions) into the running for an Oscar nomination in the Foreign Language Film category at the 89th Academy Awards.

The first full-length animation film by Swiss director Claude Barras celebrated its world premiere earlier in May at the Directors’ Fortnight in Cannes. In June, My Life as a Courgette won both the Cristal for Best Feature as well as the Audience Award at the well-known Annecy International Animation Film Festival. The Swiss-French co-production is currently showing at the International Film Festival in Melbourne. The participation in further prestigious festivals will be announced this fall.

The stop-motion animation was produced by Rita Productions under producers Max Karli and Pauline Gygax in co-production with Paris-based Blue Spirit Productions, Gébéka Films in Lyon and KNM in Monte Carlo. World rights were acquired by Indie Sales in Paris. The screen rights have already been sold to over 20 European countries as well as countries in the Middle East and Asia. The rights for UK/USA and CND are in negotiation. The theatrical release of My Life as a Courgette begins with Switzerland in September from distributor Praesens Film. The film will be released in France by Gebeka Films and in Belgium by Cinéart in October. In December 2016, it will run in German (Polyband) and Italian cinemas (Teodora Film Distribuzione).

My Life as a Courgette tells the story of nine-year-old Icare, called Courgette, who has to find his way in an orphanage after his mother’s death and is eventually taken in by a policeman. It is based on the novel “Autobiographie d’une courgette” (“Autobiography of a Courgette”) by Gilles Paris and was adapted for the screen by renowned French screenwriter Céline Sciamma (Girlhood, Being 17). The film music is by Swiss singer-songwriter Sophie Hunger.

“We can say that this is a film about childhood rather than a children’s film, a melodrama full of emotion and humor,” the director told Variety in May 2016 following the film’s screening at Cannes.

Barras has already realized several award-winning short animation films, most recently Chambre 69 (2012), which was selected by numerous festivals. Banquise (2005) was also presented on the Croisette in the International Short Film Competition in Cannes, while Le genie de la boîte de raviolis (2006) became a festival hit, screening at more than 50 festivals.

“Ma vie de Courgette is an original film guided by luminous artistic direction. Its story is packed with emotion, marked by resilience and a hopeful vision of human society,” the Swiss Oscar Jury write in its stamen. “Director Claude Barras and screenwriter Céline Sciamma succeeded in giving children a voice: while addressing children at eye level they still speak to all generations.”

The promotion agency SWISS FILMS coordinates the Oscar campaign on behalf of the Swiss Federal Office of Culture. In December, the Academy of Motion Picture Arts and Sciences in Hollywood will announce the shortlist of films that are in the running for the five nominations in the Foreign Language category. The definite Oscar nominations will be published on January 24, 2017. The award ceremony will be held in Los Angeles on February 26.

Awards for My Life as a Courgette